We had the distinct pleasure to interview award winning designer Soma Varga about their original and creative Emergency Medical Aircraft design work. Soma Varga is an award-winning industrial designer, that makes our world a better place with their original emergency medical aircraft works. 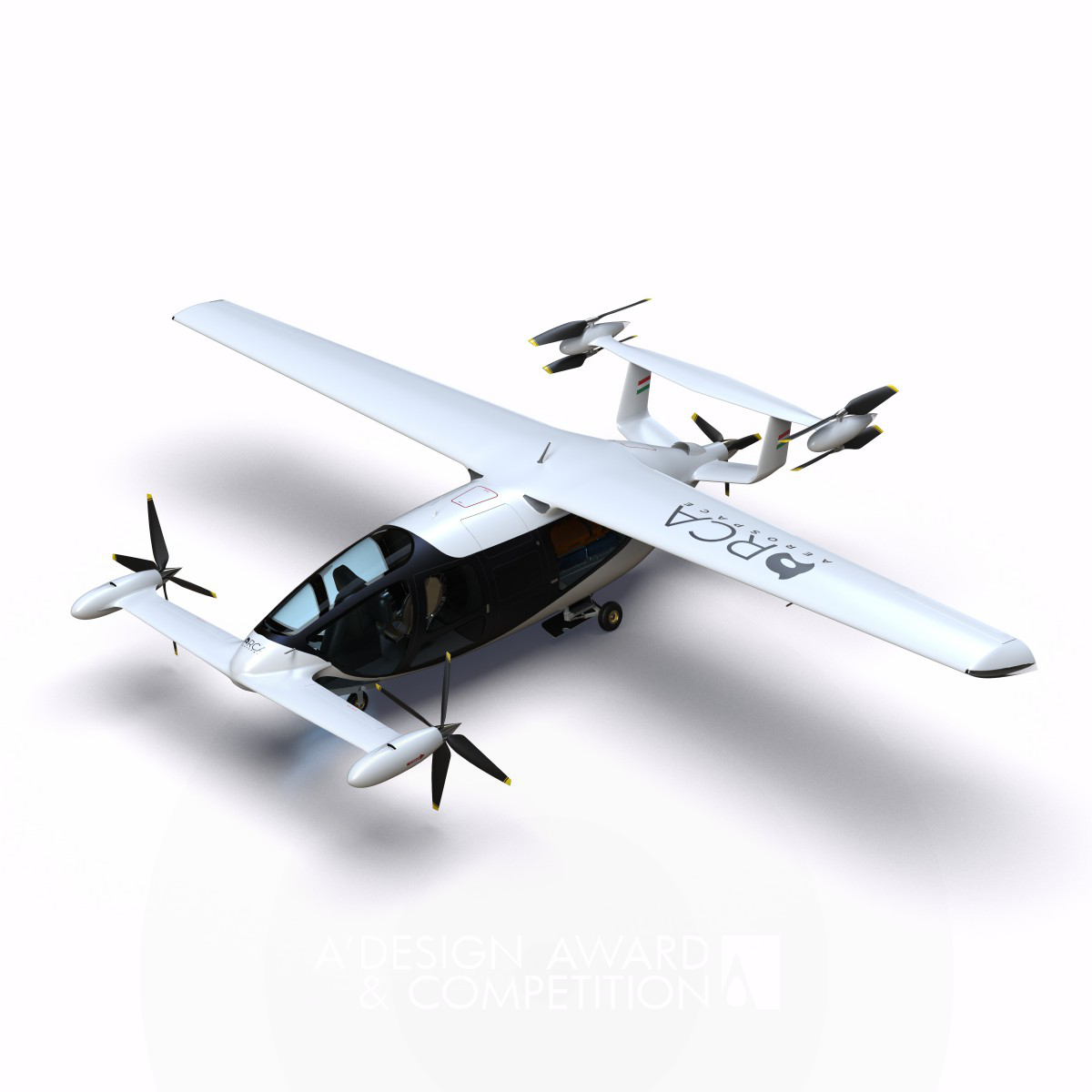 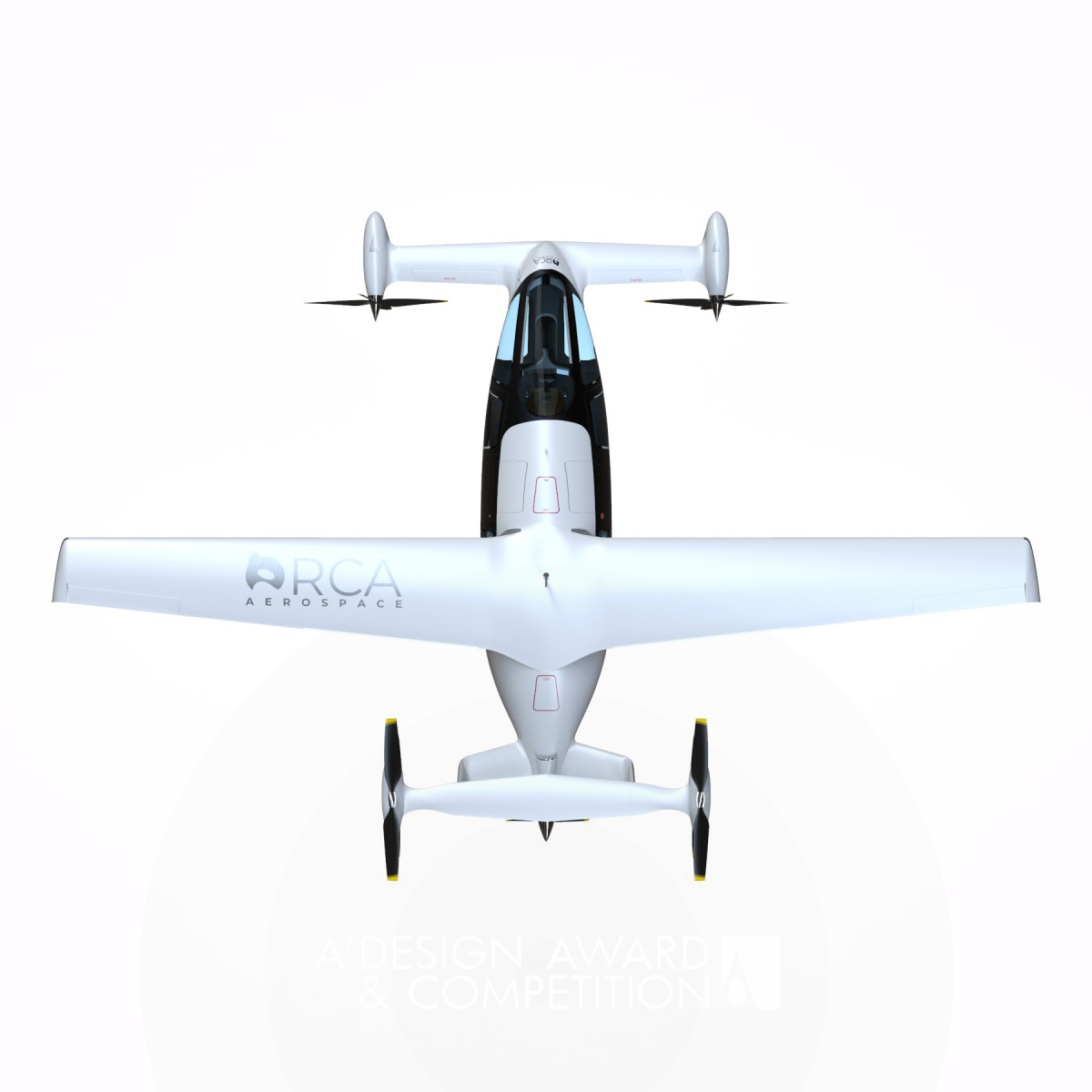 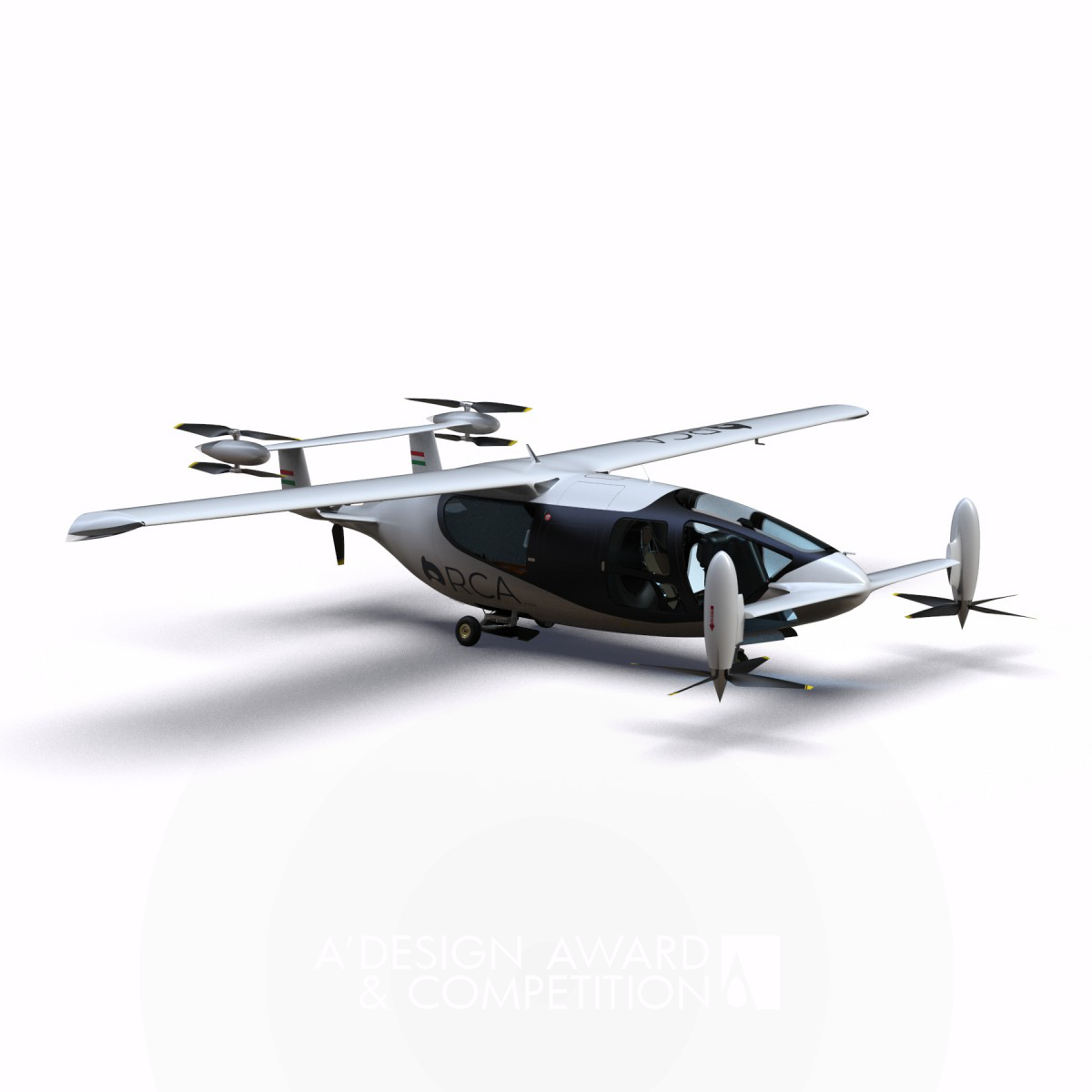 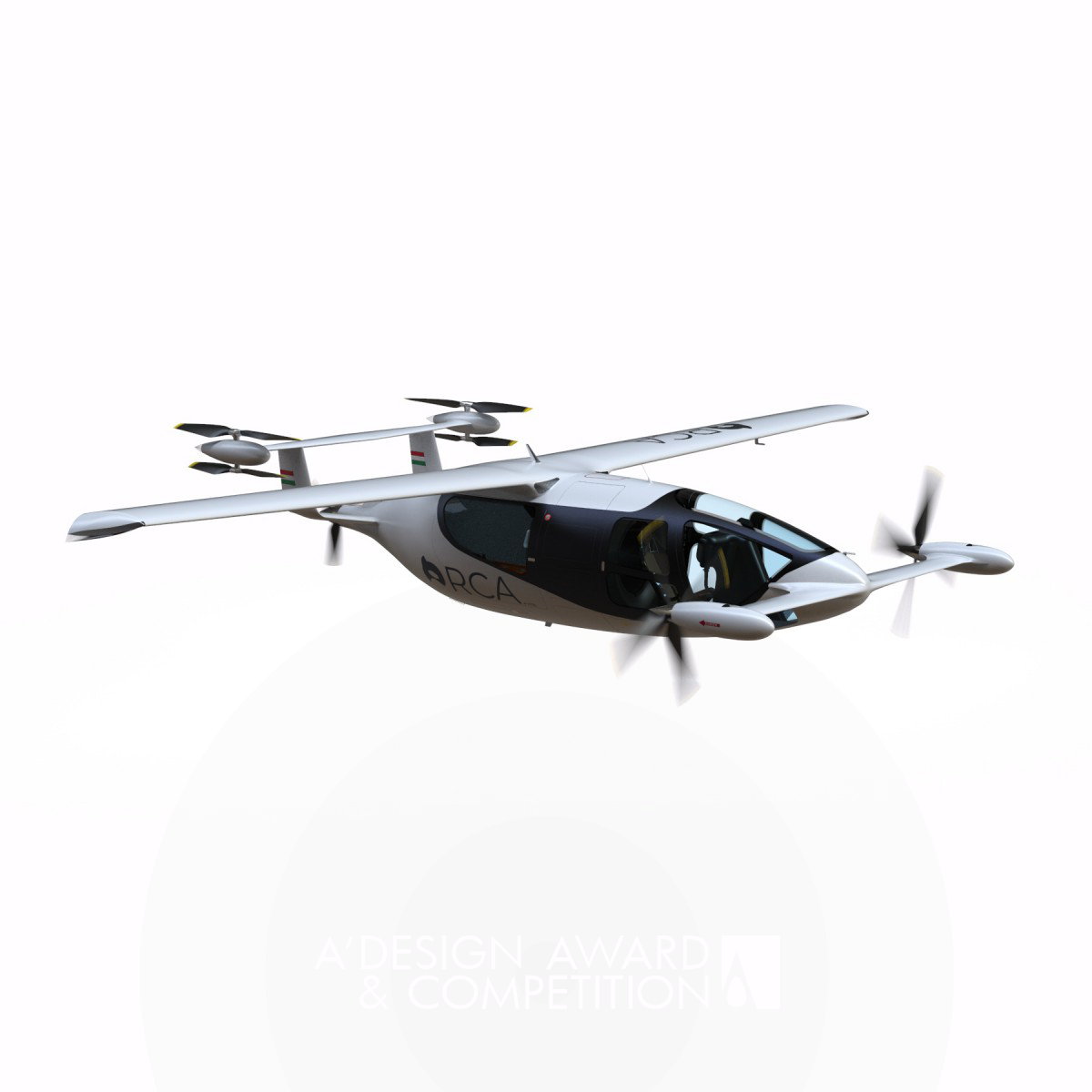 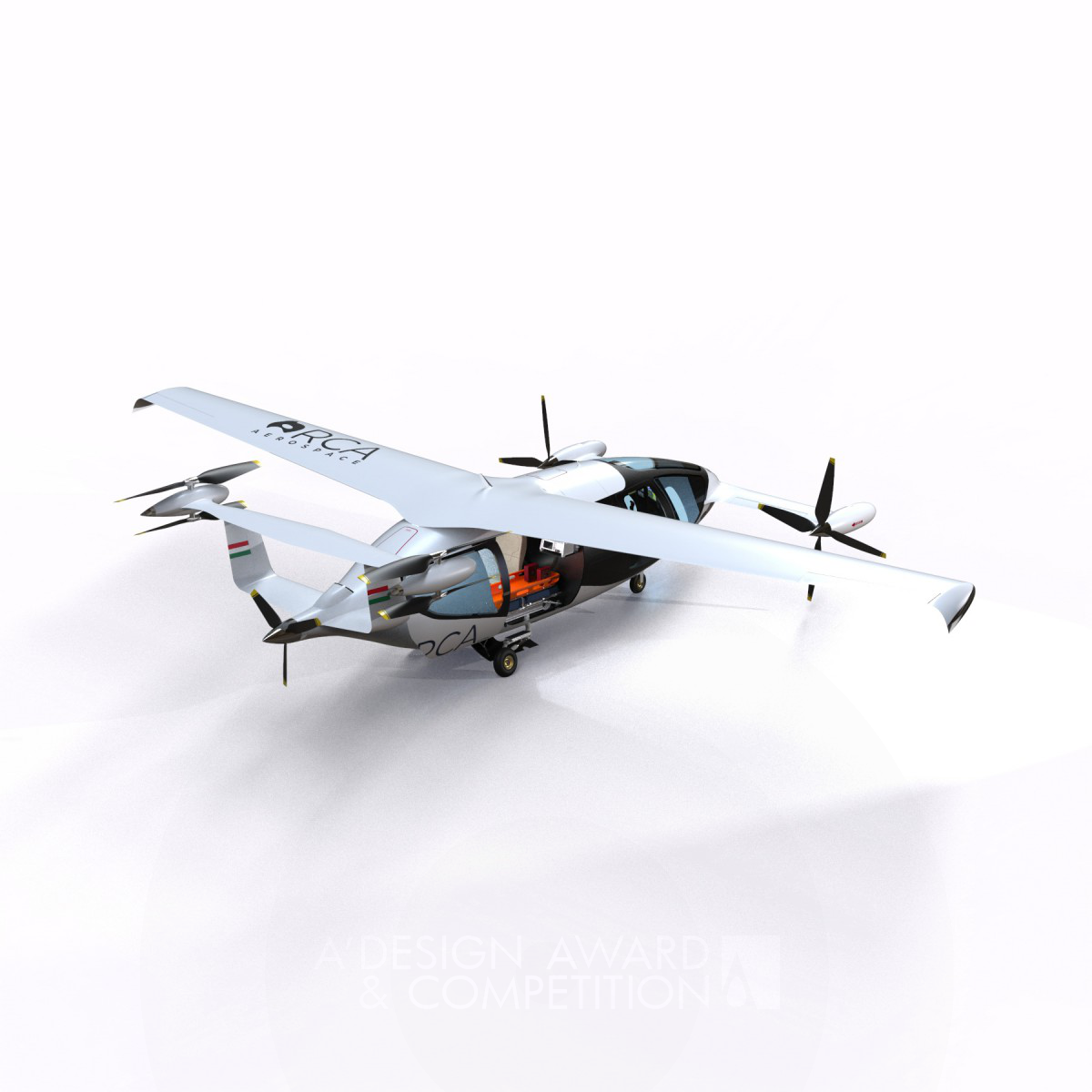 SV : We looked on the current emergency medical market and shockingly found two problems that are continuously overlooked. First, due to the globalization, the average response time of emergency medical services increased by nearly 40% in the past 20 years. On the other hand, using outdated gas turbine technology in these missions, an increasingly higher and higher operational cost results for the rotorcraft operators. There is a clear need from both the patient's side for a faster rescue, and both on the operational side for a more profitable mission profile. That is where the Orca eVTOL offers significant progress. With the electric propulsion and fixed-wing aircraft like cruise flight, it is able to reduce response time by several minutes, while due to the lower system complexity and electricity as propellant, a remarkable operational cost reduction is achievable.

SV : We wanted to merge functionality with aesthetics. In general aerodynamics result in appealing shapes and forms, but the focus was always on maximized system performance. It was crucial to optimize the external geometry and to design the components for the lowest allowable structural weight, all required to offer high take-off and cruise speed.

SV : Already during the A 'Design Competition we set out to establish a strong founding team behind the project. The ultimate goal has always been to reach the actual flight with the fully functioning prototype. We currently work on the subscale version of the Orca that is a remotely piloted vehicle used as a proof of concept. We strive to have the full scale prototype aircraft type certified and ready to enter into service by the end of 2026.

SV : The research and engineering behind the project that resulted in this specific aircraft required approximately 6 months. Of course, this was only the conceptual design phase that has to be complemented by the design and selection of all the built-in subsystems.

SV : The initiating idea behind the project was the renowned international aircraft design competition by the British Royal Aeronautical Society in 2020. We found the initially posted requirements for and emergency medical aircraft with vertical take-off and landing capability accompanied by an entirely battery fed electric propulsions system to be a feasible concept. Of course this could be only thought as feasibly with the current achievements in the battery and electric motor technologies. These kinds of aircraft went from a typical science fiction element into an executable and even profitable group of aerial vehicles.

SV : We intend to design and manufacture the aircraft. The Orca Aerospace was especially set up with this particular mission in mind.

SV : We are convinced that electrification will bring the 4th revolution in the aerospace industry. Exploiting the benefits of distributed electric propulsion, aircraft architectures never imagined before became possible.

SV : In the aviation industry, the Urban Air Mobility movement resulted in a powerful amount of studies how the aircraft of the future might look like. Of course, all these were only guidelines and we had to take a look on today's rotorcraft world as well. We especially restricted the Orca's external geometry to remain in the ballpark of the Eurocopter EC-135's in order to leverage all the currently existing heliports. On the other hand, Burt Rutan's works gave quite a bit of inspiration. His way of merging aerospace technology into extraordinary shapes was and will always be epic!

SV : They are all the emergency medical operators around the globe. Not only the air ambulance, but the ground based services could exploit the benefits of operating with the Orca. In case of the ground based emergence medical services, we are able to cover the same dispatch area but with lower number of station and personnel, whereas in case of the helicopter emergency services we complement their mission with a profitable solution for lower flight ranges.

SV : We designed the aircraft keeping safety at the highest priority. On the other hand we used our experience from the aviation industry to design a new generation of aircraft that is revolutionary enough, but still traditional to be able to have it certified. Certification in an aircraft's life decides if it is going to be a profitable project or a doomed one. Compared to our competitors we offer an aircraft architecture that has redundant safety features, this is not only appealing for the operators but eases the certification and reduces the development project cost.

SV : The design proposal for the Royal Aeronautical Society's competition required not only a detailed design document, but a fully built up simulation file for the X-Plane aircraft simulator. When we implemented the very first texture on the geometry we used a black, white and red colour combination. The resulting look of the aircraft was quite similar to the killer whale's, the orca's appearance.

SV : First of all a lot of textbook on aircraft desing of course. We modeled tha shape in the Solid Woks CAD tool and used KeyShot for the renderings.

SV : We use the so-called three-surface aircraft layout that allows us to cope with sever shifts in the aircraft's center of gravity. This is especially important for aircraft using battery since in case of a thermal runaway it has to be possible to eject these burning batteries outside of the aircraft. In a traditional aircraft layout, this kind of sudden center of gravity shift would result in an uncontrollable aircraft, thus crashing.

SV : All of us are engineers with years of industry experience. There are avionics, aircraft, vehicle and mechanical engineers in our team. We received valuable advices from the Hungarian Air Ambulance already during the conceptual design phase, and they continue to provide us with vital insight into the operation throughout the development process of the prototype.

SV : It is the technology that allows the very specific mission the aircraft is designed for. Being able to take-off and land vertically and still fly horizontally at high speeds requires the complex interaction of the propulsion systems. Only through the advancements in battery technology, composite material science and electric motor efficiency is the concept of Orca eVTOL possible.

SV : The concept is entirely based on aeronautical research. This contains selecting high performance laminar flow airfoils, efficient electric engines, high strength but low weight carbon fibre material and lithium based batteries with the highest available energy density. The biggest challenge was to work out a common set of engineering principles both from rotorcraft design and fixed wing aircraft design. Separately these areas of engineering are well documented, but the novel field of VTOL aircraft is still a new land.

SV : The energy requirement of vertical take-off and landing is up to 8 times higher than of an efficient horizontal flight. Since the Orca uses electricity as propellant - a technology still in its first feasible years - required us to come up with engineering solutions to maximize the overall system energy efficiency to reach a minimum of 120km of range with a pilot, a passenger and a patient onboard of the aircraft.

SV : We knew A'Design from the past and felt it is a great forum to show the Orca to the world and to gain attention to our project. Keeping it local was never an option for us.

SV : Working in a team and coordinating such a work is never easy, that is the very first lesson we learned. On the other hand being able to step back and to have an unbiased opinion and being able reiterate the idea is vital to its survivability.