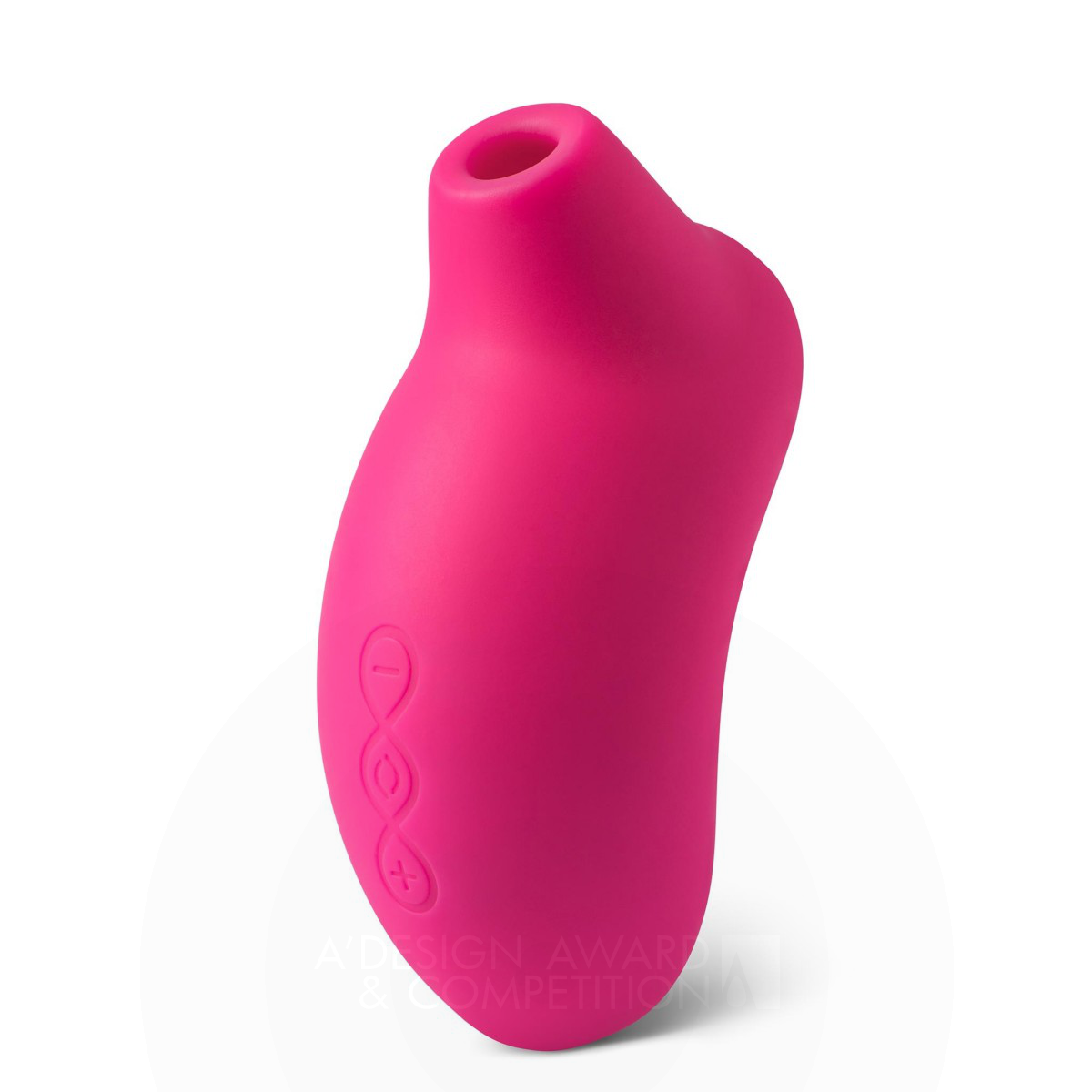 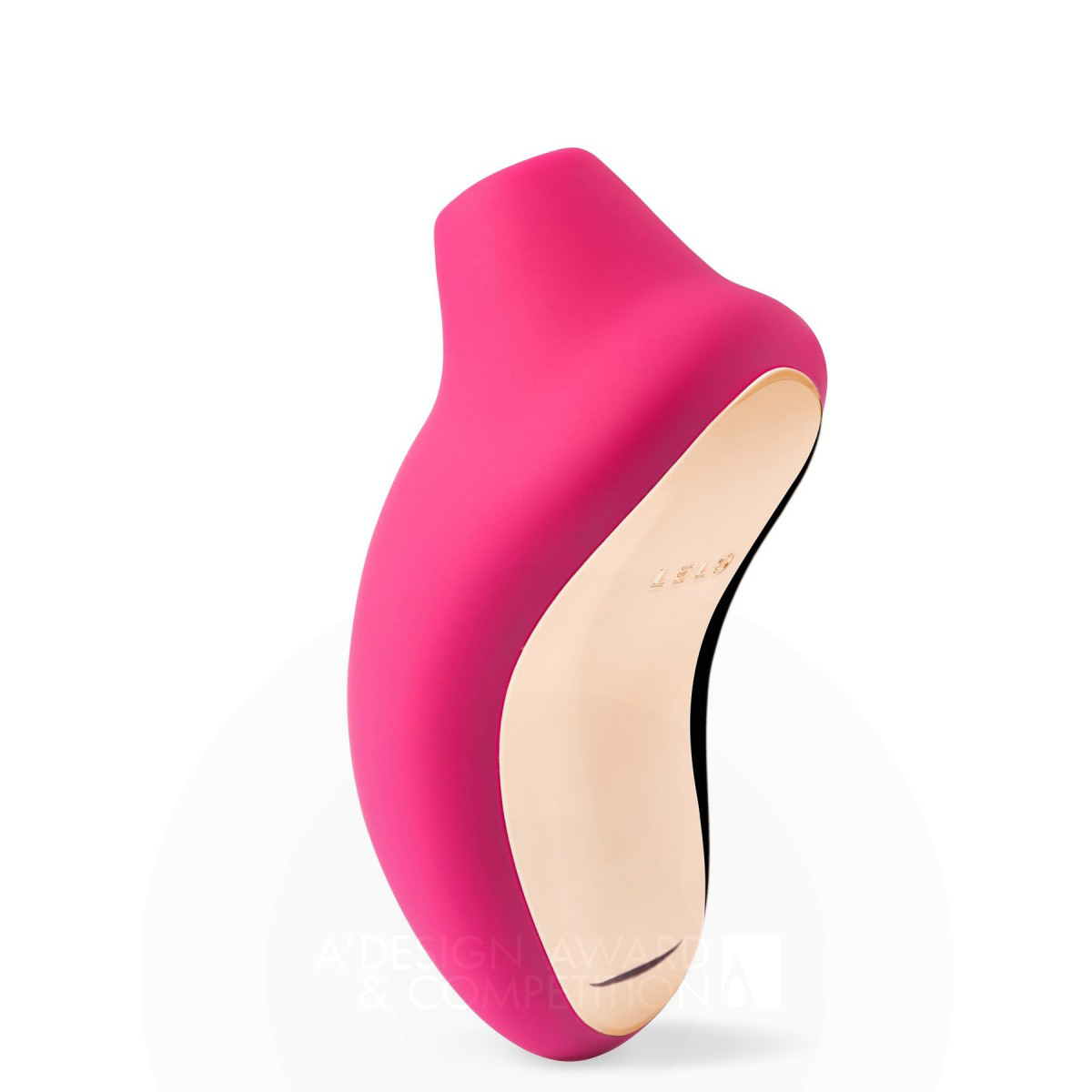 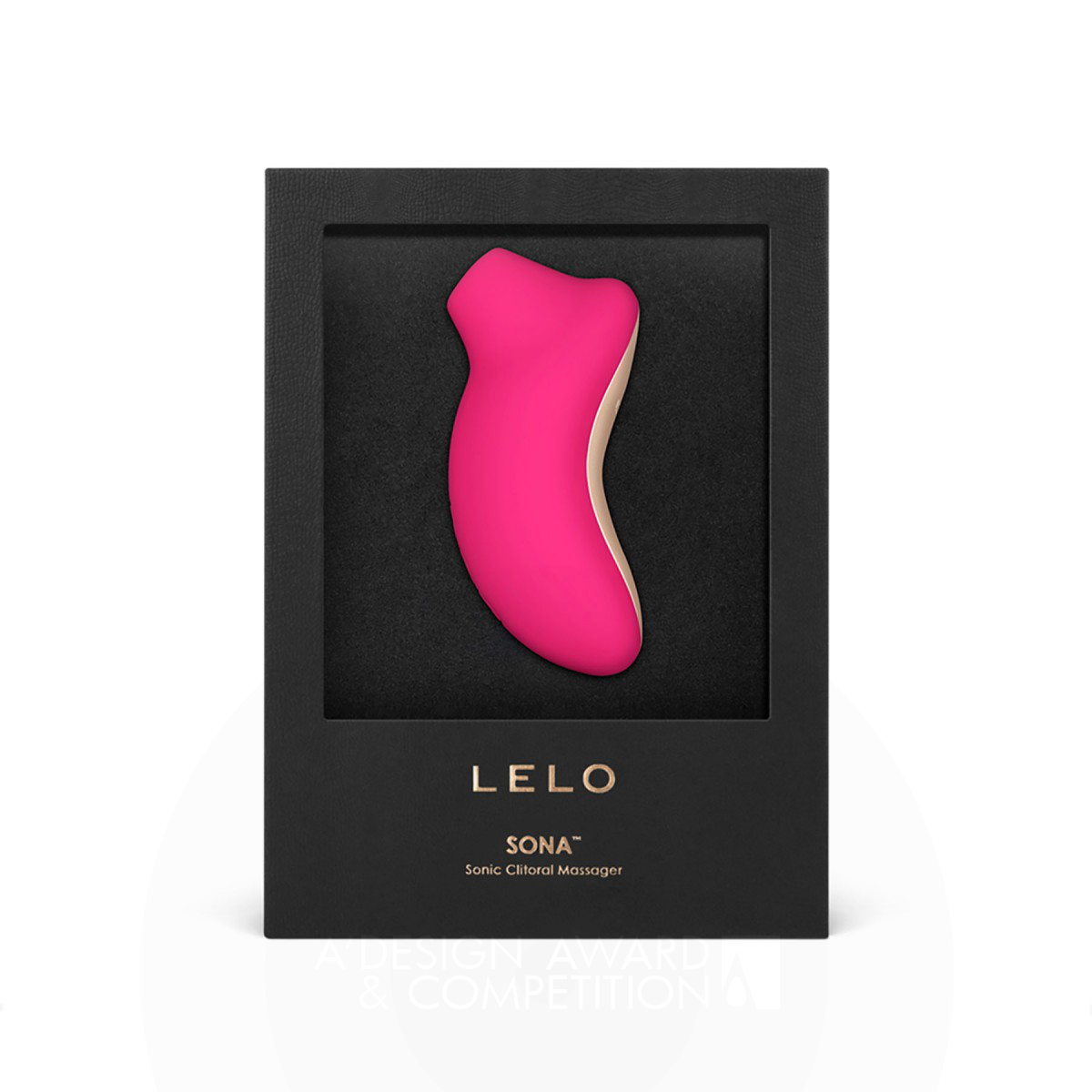 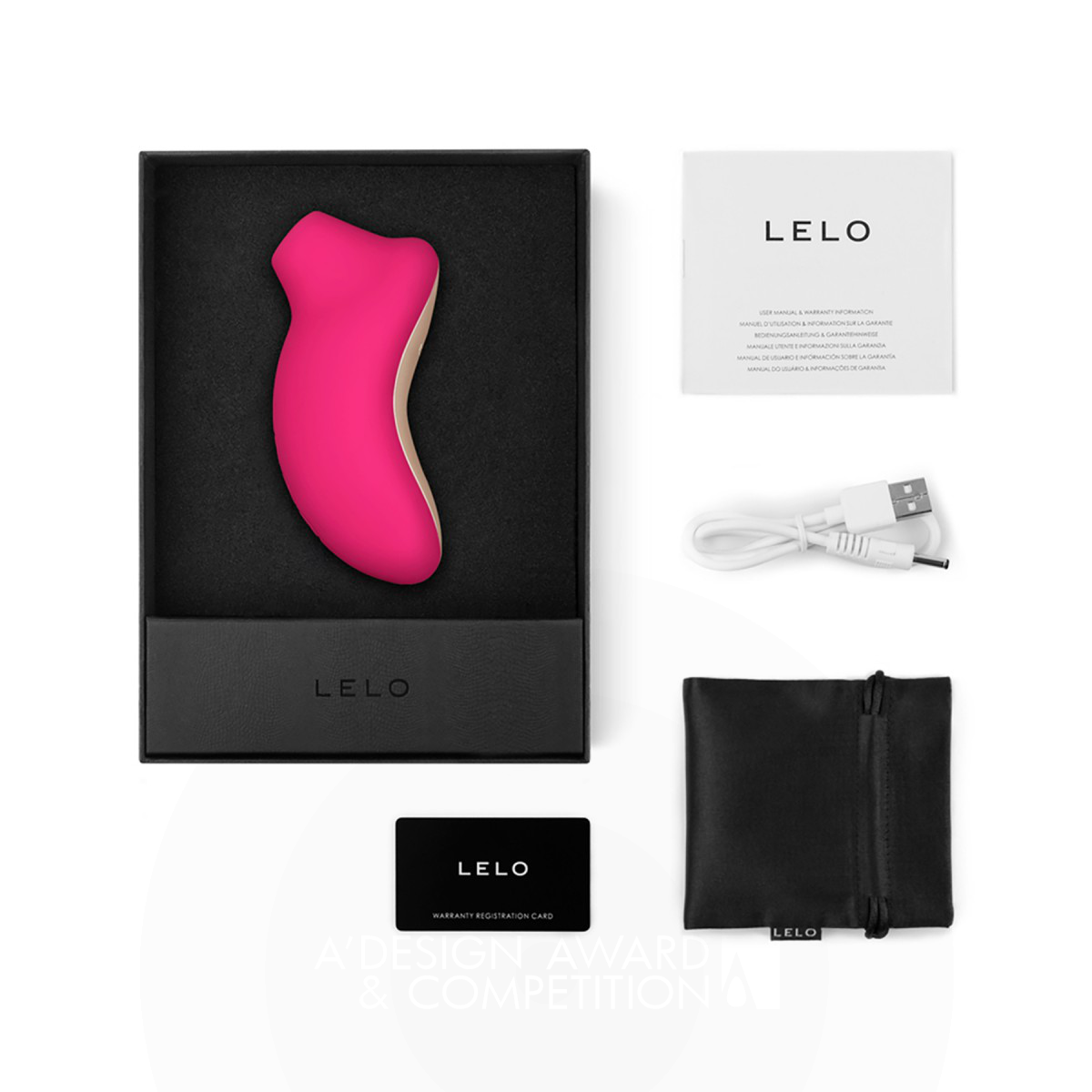 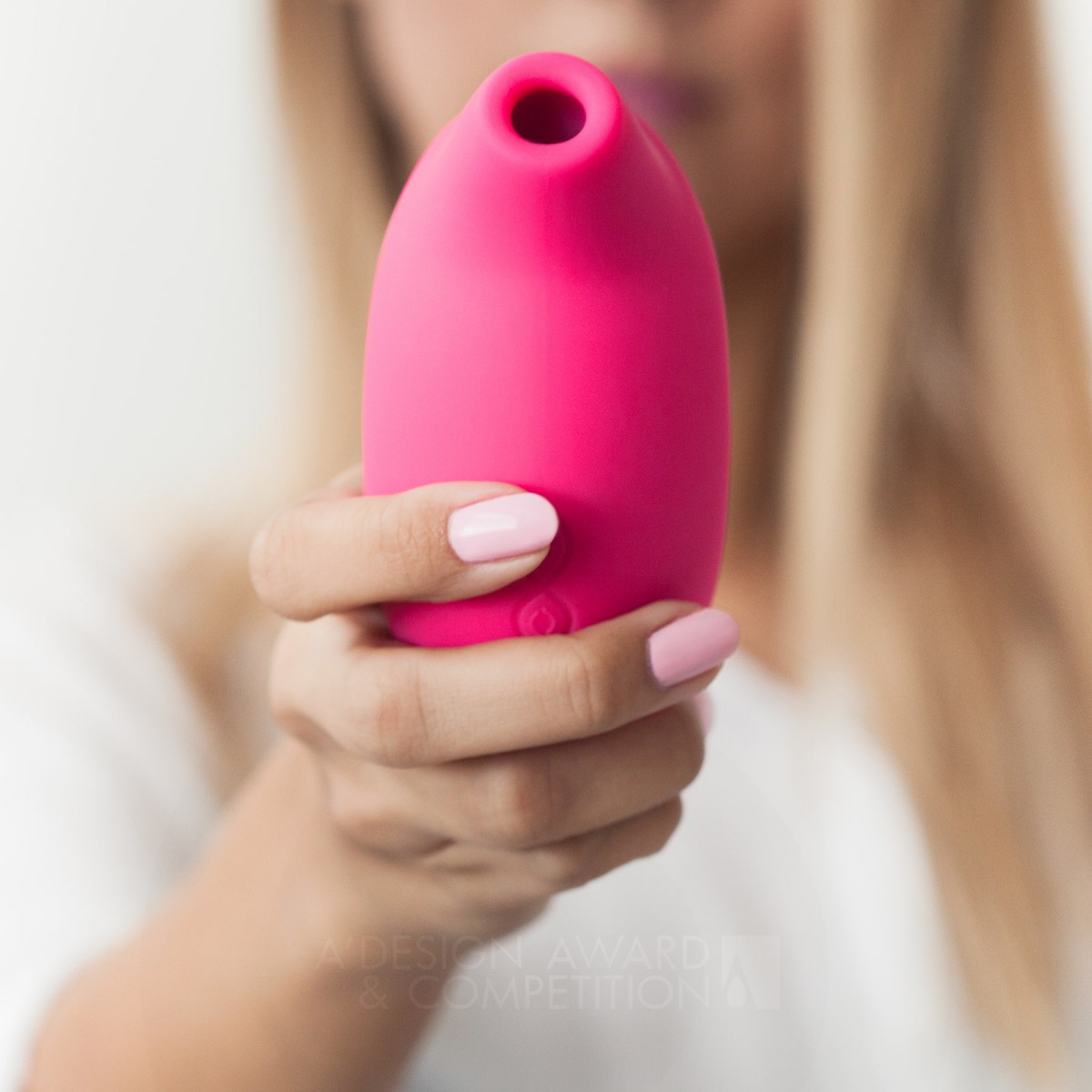 FS : LELO built its heritage and reputation for luxury by exploring, discovering and inventing completely new sensations. We’re the world leaders of pleasure products that employ conventional vibrations, but about 6 years ago we wanted to look into other ways to create a pleasurable feeling. We think SONA does represent a new generation of sex toys that are better designed and better manufactured than anything that’s been released to date. That’s because it not simply the product itself that’s revolutionary; it’s the entire years of development process too. SONA is the culmination of all of LELO’s expertise, and we put so much hard work into the research and development that it was truly satisfying when it was received so positively. That’s an important lesson: when you really commit to the design and innovation of a new sex toy, the market will respond.

FS : We’ve known for a long time that the clitoris, contrary to popular belief, is a much larger structure than it seems. Far from being a little bundle of tissue and pleasurable nerve-endings on the surface of the body, it’s a long construction with two ‘legs’ that extend downwards internally and around the vagina, and then back, perhaps forming the anterior of the G-spot. That’s a lot of clitoris that goes unstimulated by conventional vibrations. That’s the challenge that SONA solves, and what makes it unique. It’s the only pleasure product that stimulates the entire clitoris, instead of just the external part. That’s all thanks to our use of sonic waves instead of a vibrating motor.

FS : SONA Cruise targets exclusively the female part of our customers and we really don’t want our male audience to feel left out. We’ve been expecting them to demand the same sensation to be made for them. And the good news is that we’d already been working on it, and it’s currently available as the LELO F1s. It takes the same theory and technology that creates the SONA’s sonic waves and transposes them into a cup, designed to massage the penis in the same way SONA stimulates the clitoris.

FS : SONA Cruise was launched in October of 2017, but the first idea was born already in early 2010, from where we started our journey on creating and developing our bestseller. The product has changed a lot over the years, particularly in the last 2 years, as the sonic technology was refined. The product had to change a lot to accommodate that technology. It’s important to note too that we haven’t stopped working on SONA now that it’s on the market. This is the fun process of listening to the market’s response and looking for an opportunity for improvement.

FS : Something like SONA can’t be commissioned; it’s kind of discovered. It emerges. SONA is the culmination of 20 years of refinement and design-centric pleasure. In one sense, SONA was the result of a long process of evolution and improvement. But in another very real sense, it happened in an instant. LELO is always exploring the interaction between the human and the inanimate, the connection between sense and science. For SONA, we were looking for entirely new ways to provide sensation to the body. Our reputation and heritage are founded on gorgeous vibrations, for SONA, we were seeking something entirely new. Hidden behind SONA’s smooth lines and erotic curves lies some incredibly complex technology. That’s when design works best.

FS : For now, we intend to keep the production exclusively to ourselves, but you never know what the future can bring. We always stay open-minded to the possibilities as we believe that only that way of thinking can guarantee success and constant development.

FS : After some experimentation and research, we wondered if we could use sound to stimulate a user. We already dabbled in it with our SIRI 2 massager, which is responsive to sound, but we wanted to take the next step and see if the sound itself could be harnessed. One of the challenges we face at LELO is that there is only a certain amount of ways that a product can interact with the body, due to natural, biological laws. Traditionally, it’s been through vibration alone. Now, though, we’ve opened a door to a whole new world of sensation.

FS : Our bodies are the biggest influences on our designs – what matters most is how the product interconnects with our intimacy. Everything works towards that goal: LELO products – and SONA especially – are natural, organic, and functional. As far as existing designs go, there are not many places we can look to for influence. We’re very much cutting the path ourselves. No one has ever attempted a product like SONA, so hopefully, people might look to our designs for influence instead.

FS : SONA offers an alternative to mechanical vibrations toys. There are lots of boring advantages: the motor needed to create sonic waves is more efficient than a vibrating motor, which means the battery can be smaller and last longer, and it’s quieter, etc, etc. But what really matters is how it feels. That’s the real advantage: it now offers customers a true choice over the sensations they bring to their body. In fact, SONA is gentler on the clitoris than a conventional pleasure product because it transmits waves through the air, rather than through direct contact with the body. This means the user can enjoy it for longer, multiple times, without needing to take a break.

FS : As simple as it can be - SONA name came from its main feature - sonic wave technology.

FS : Any number. We work fast and with any tools around. A sketchpad and pencil is probably the most vital asset at every stage of development. Technically we rely on the same kind of CAD software as most other designers. But we also use clay for re-imagining and 3D-printing for prototypes on the fly.

FS : It’s Cruise Control (exclusive to SONA Cruise), a feature that reserves 20% of SONA Cruise’s full power during normal use so that when it’s pressed hard against the body and the motor begins to drop power, that extra 20% is unleashed so that there’s no reduction of intensity. It’s not a setting, it’s completely automatic, and it eliminates the single most common complaint against pleasure products.

FS : SONA is very much the product of LELO's own experience - there aren't many people to whom we could turn for collaboration. This is a technical skill that we and we alone have perfected. However, that's not to say we work in isolation. We don't. During development, we work with a number of product testers and external consultants to ensure the design is perfectly refined to suit the anatomy, and to ensure the style meets the substance.

FS : By using sonic waves instead of vibrations, the resonations are transmitted much more deeply into the body – perhaps on the same principle as something like ultrasound, or sonar – hence the name, SONA.

FS : There were years of research involved before a prototype was made. In the end, we used the subwoofer pad of a speaker as inspiration. Have you ever stood in front of a large loudspeaker and felt the bass resonate deeply throughout your body? That’s the sensation we wanted to create and focus into the erogenous zones.

FS : We had to miniaturize some quite complex mechanics, those involved in the production of the sonic waves which define SONA, to fit them inside a design that was small enough to fit in the palm – while keeping it erotic and sensual. That was the primary challenge. Then, there are the challenges that are always associated with an intimate object like SONA. Can we produce the design we want with body-safe materials? How do we ensure it’s fully waterproof and submersible? How do we minimize the noise of the mechanics within, without sacrificing the intensity of the sensations? And then there are the less tangible questions: how will it make our customers feel? Is it the right balance of form and function? Is it sensual? All of these challenges are opportunities at LELO, and we’re incredibly proud to have exceeded them with SONA.

FS : Our focus is the world of pleasure regardless of gender, which is still a taboo around the world and LELO has chosen to fight against it. In most of the world, though, female pleasure is, particularly under siege. As women become more vocal in their demands for equal treatment, their personal pleasure has become a battleground. We’re giving them the weapons they need to fight with. Things seem like they will get worse before they get better, but it’s the progress of a kind. Sexual equality, pleasure, and reproductive rights are discussed openly like never before, even if that discussion is occasionally tainted with bias and misunderstanding – or outright hostility. As long as the fight continues, LELO will be right there, on the front line. That’s why we decided to submit our bestseller product to the most known and respected award competition and we are beyond honored to be chosen as one of this year’s winners. With this award, we can only prove that the revolution is happening and that the world of pleasure is becoming more of an open, natural subject and much less of the taboo.

FS : If there’s one thing we at LELO have learned over and over again, it’s that people LOVE new sensations and are eager to try it for themselves, looking for new and interesting ways to use it.