We had the distinct pleasure to interview award winning designer Yuri Lee about their original and creative UI Design design work. Yuri Lee is an award-winning communication designer, that makes our world a better place with their original ui design works. 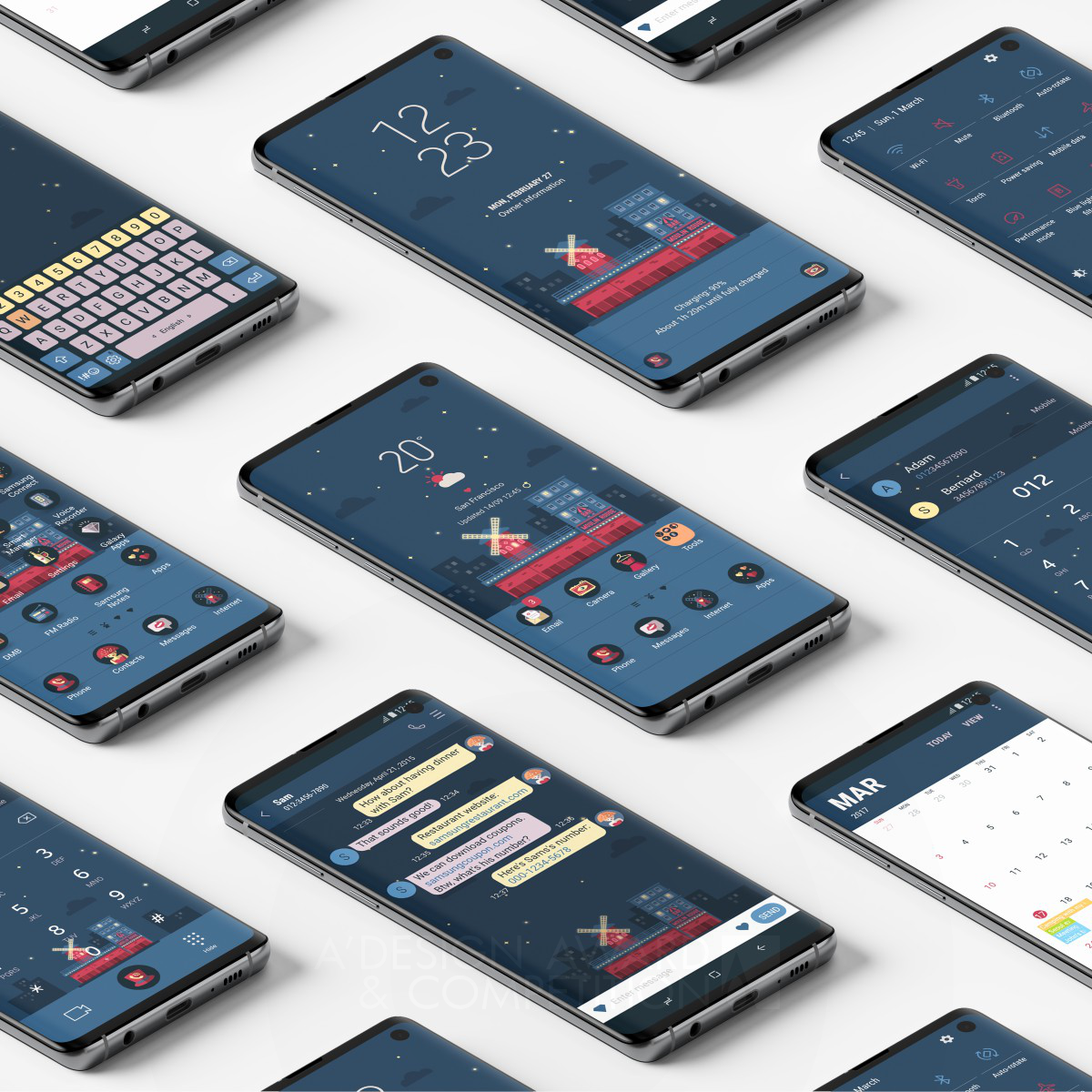 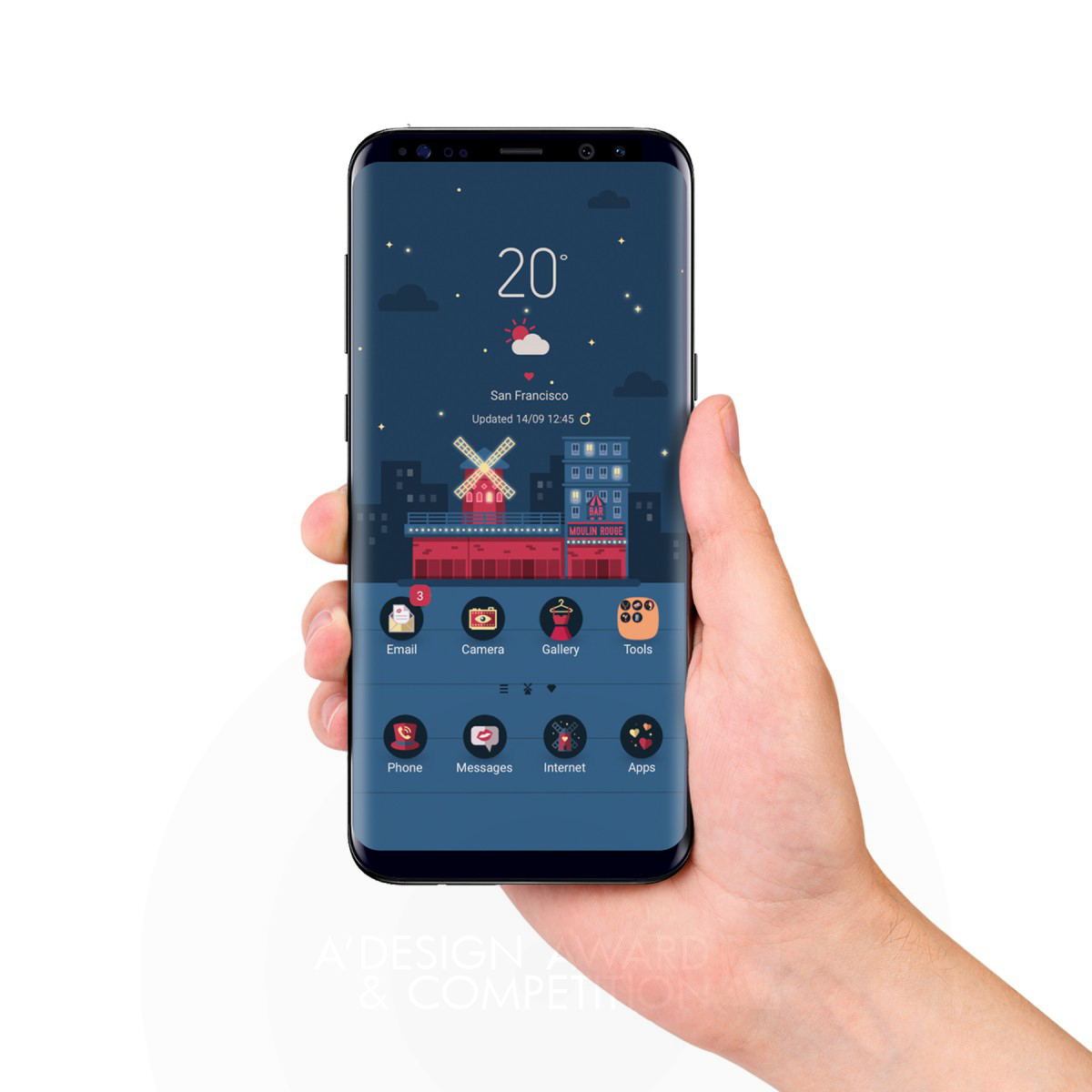 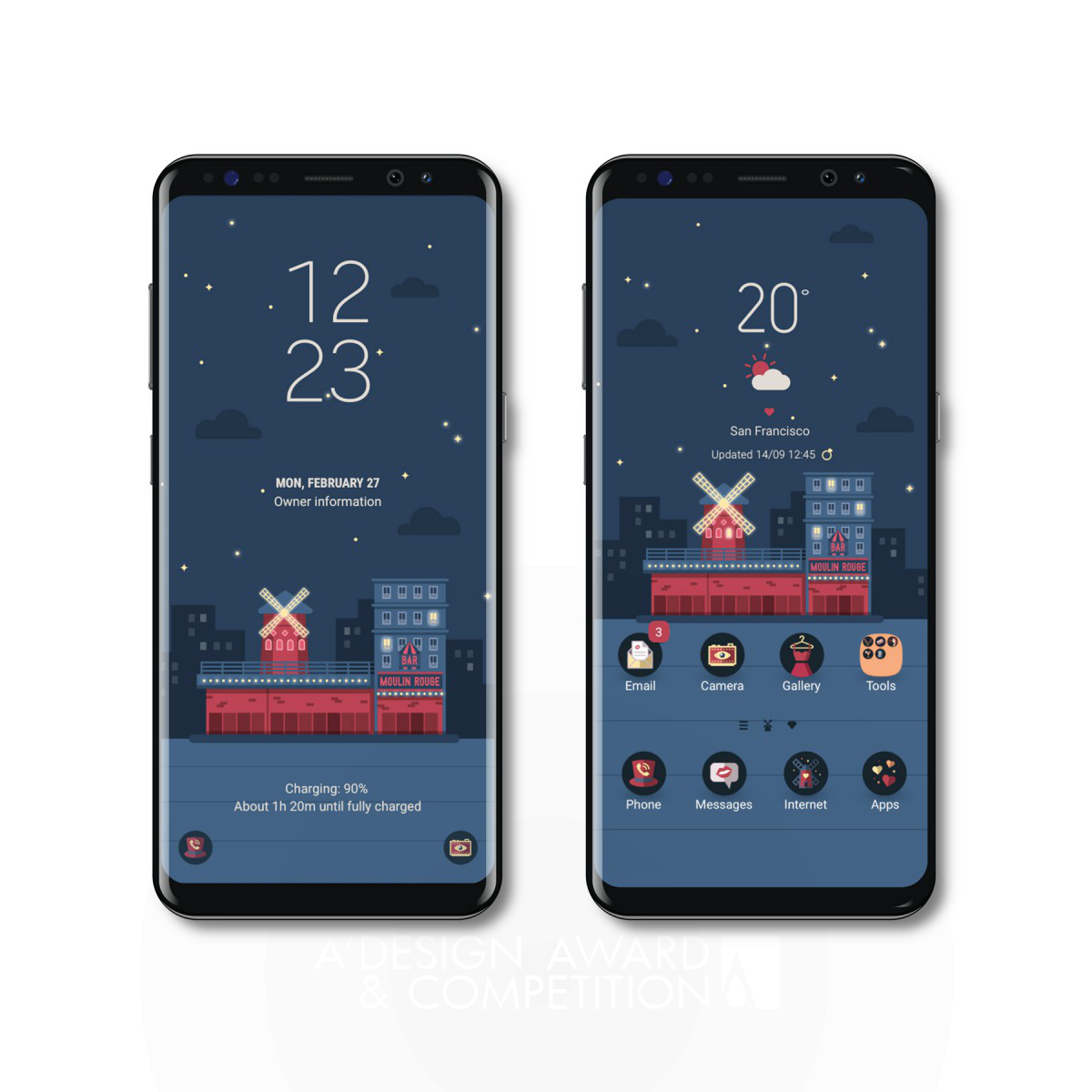 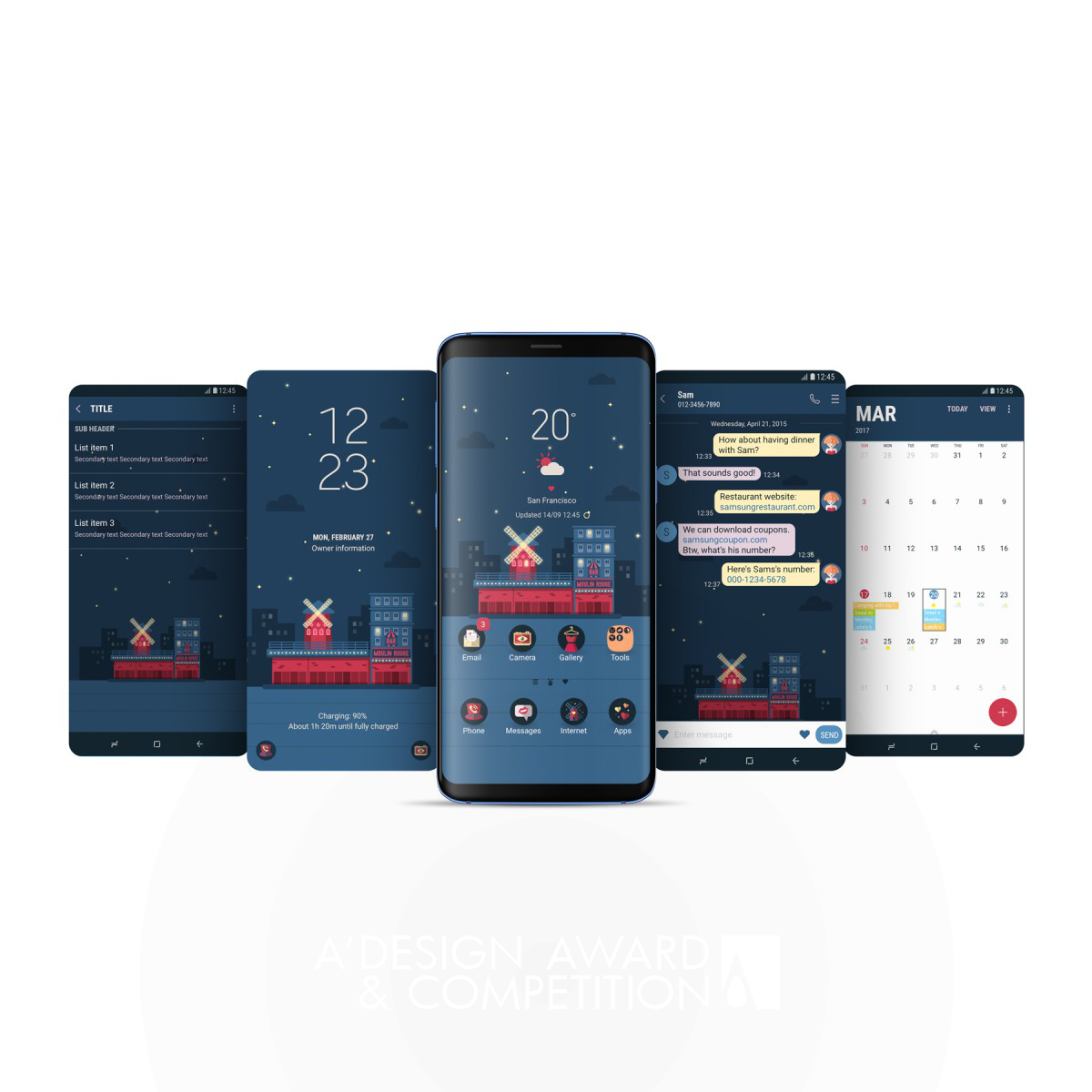 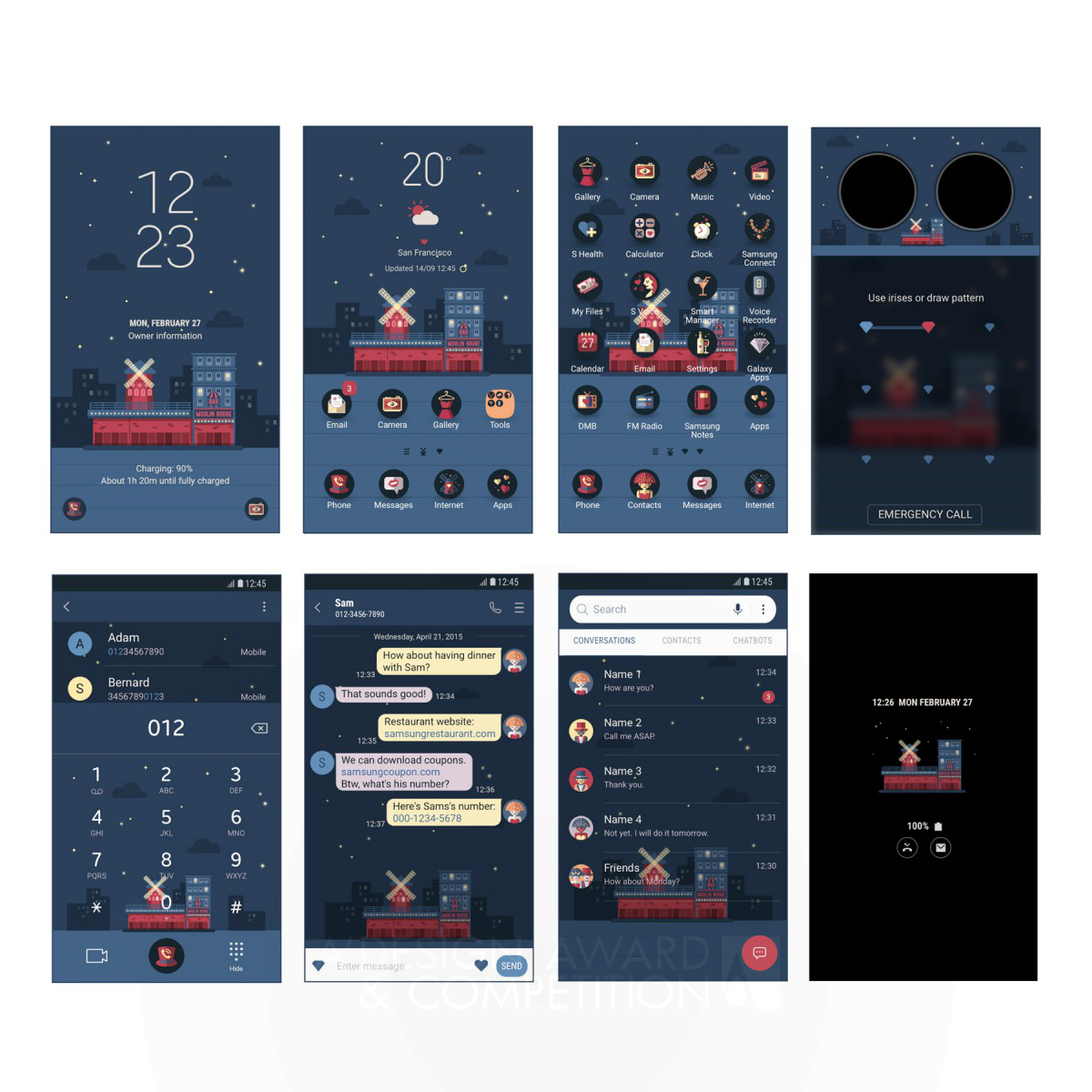 YL : My inspiration for ‘Moulin Rouge’ project was based on the film named Moulin Rouge released in 2001 and travel experience in Paris around 3 years ago. Especially, Moulin Rouge close to Montmartre is one of the famous and the loved tourist attraction, offering musical dance entertainment for visitors from around the world. With this subject, I tried to visually express the mood of the Moulin Rouge in a UI design for people, which have never been in the Moulin Rouge in Paris.

YL : I wanted to create a simple and eye-catching UI design for mobile phone users. Especially, it needed to stand out and be recognizable among other UI designs.

YL : I will further develop this project by changing and adding details for next galaxy cellphone users.

YL : It took several months from deciding the design concepts to launching it on theme store.

YL : I did this project on my own because of inspiration from a film and travel experience in Paris. I always wanted to make a personal project which is inspired of something I love.

YL : It is designed for Samsung galaxy smart phone users. And it has been sold on theme store since it was released on May, 2018.

YL : I wanted to make a project that anyone can use my design around the world. At this point, mobile UI design could be one of the most effective way I would like to try.

YL : While working on the project I got great help and motivation from Hio Studio and Mindon Design.

YL : Mobile users who want to decorate their phone with specific theme such as Moulin Rouge and sparkling night.

YL : The design provides a better digital experience for smartphone users. It is designed with dark blue and red tones that remind of the night of Moulin Rouge and reduce eyestrain as well when consumers are using mobile phone.

YL : I did use Adobe Photoshop and Adobe Illustrator for creating the piece.

YL : When customers look at lock screen on the phone, they can see an enjoyable short animation like slowly moving windmill and sparkling stars at dark night. The project was designed for users to have a better and pleasant experience.

YL : All the design and details were done inside a PC system and resulting assets surely have been used inside digital media. So I would say that technology was a critical part on the project.

YL : Before beginning the design process, I researched market observation and analyzed styles that customers prefer in their mobile phone UI/UX design. Based on the specific research, it was discovered that user preference varied according to age, gender and nationality. Therefore, Moulin Rouge project should satisfy various user preferences and express the social and cultural value of Moulin Rouge itself.

YL : One of the most significant challenges was to visualize the mood of the Moulin Rouge in the user interface design, which is to be attractive and enjoyable. It also needs to be simple and easy to use for its customers. To satisfy various people, all the factors of the design should be adjusted with deliberation.

YL : I got an email from a staff of A’ Design Award and Competition to submit my works.

YL : It was a great experience for me. And it helped me realize my strength as well as my weakness to make UI design for mobile users. Even though there were some challenges, I could develop my professional expertise and skills to make further design projects.