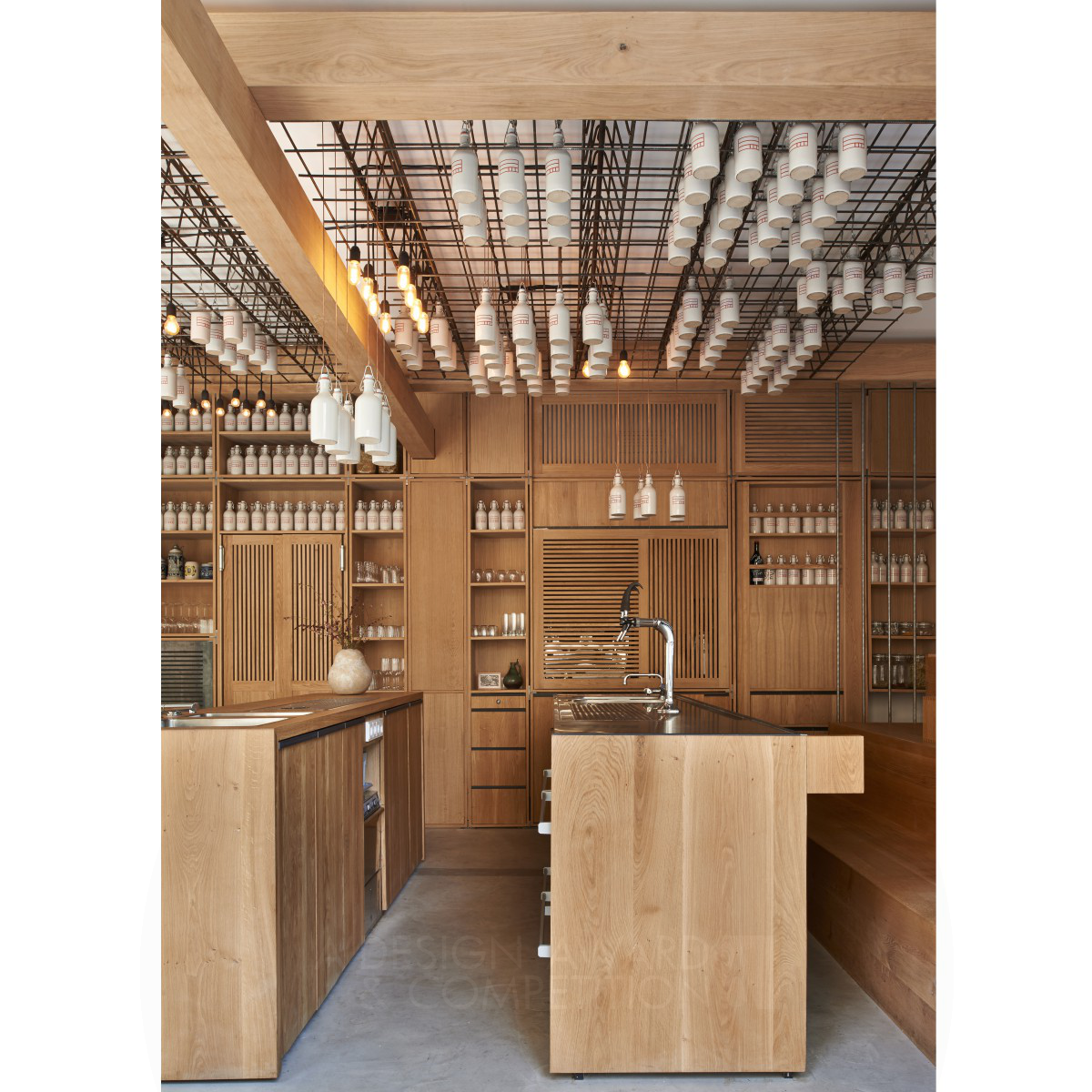 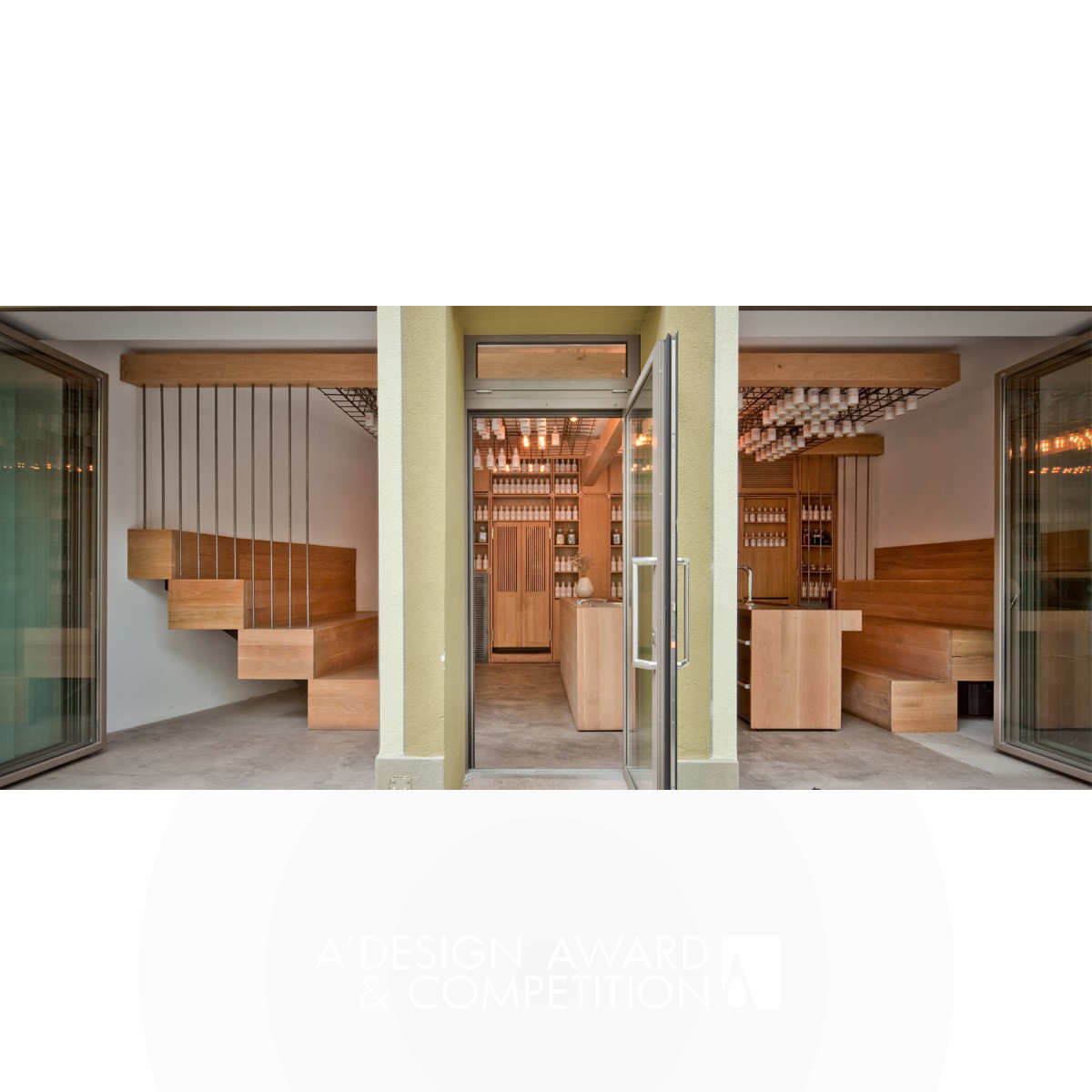 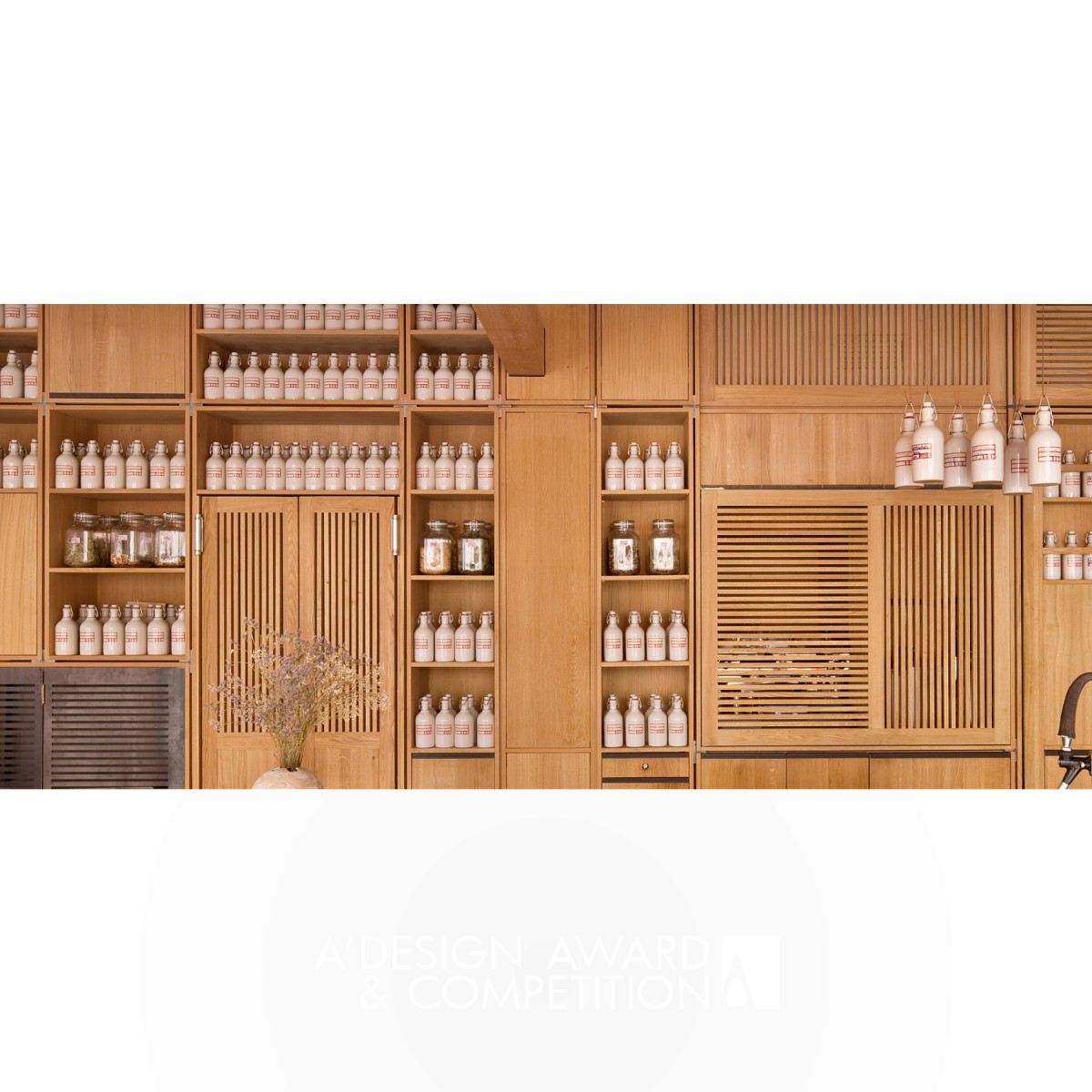 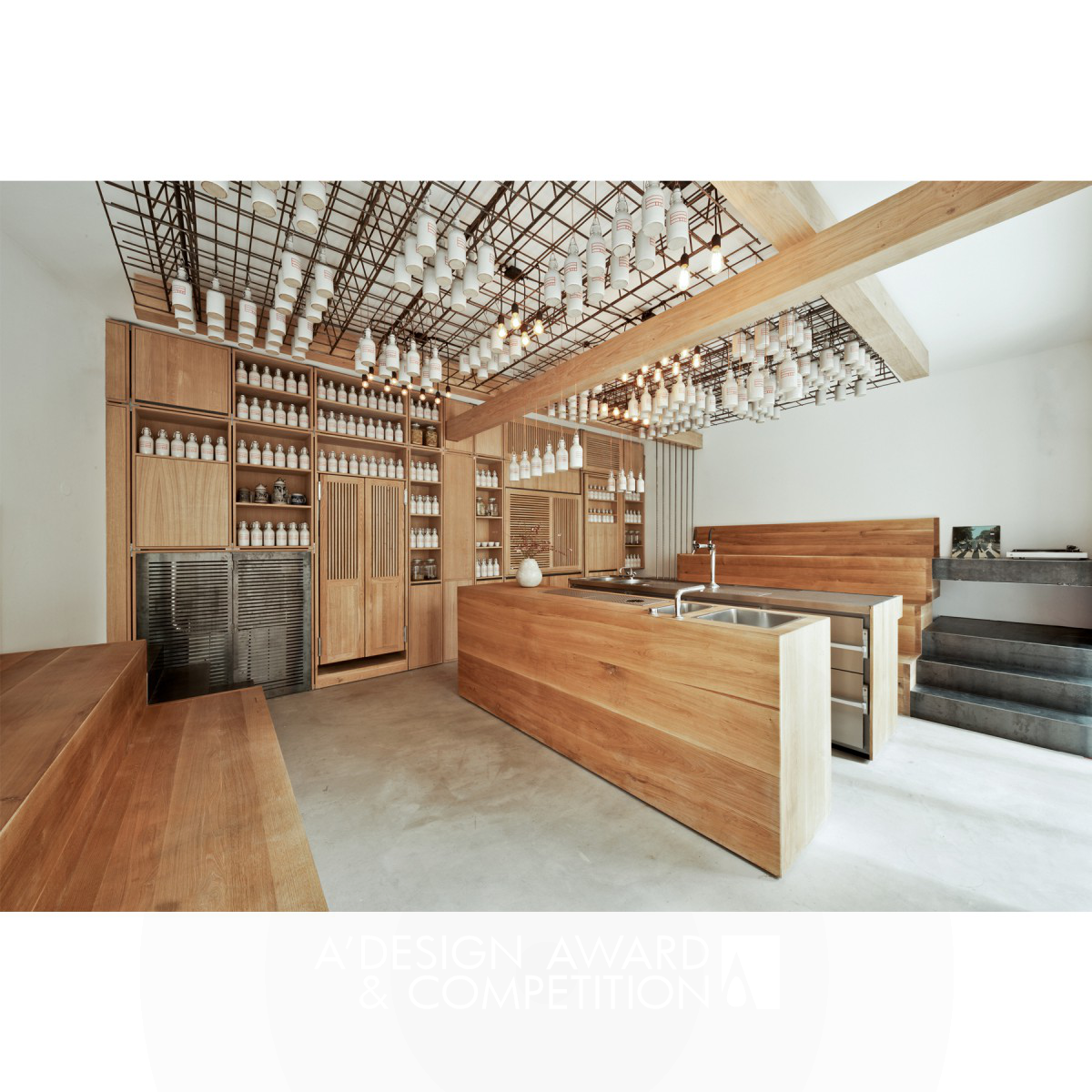 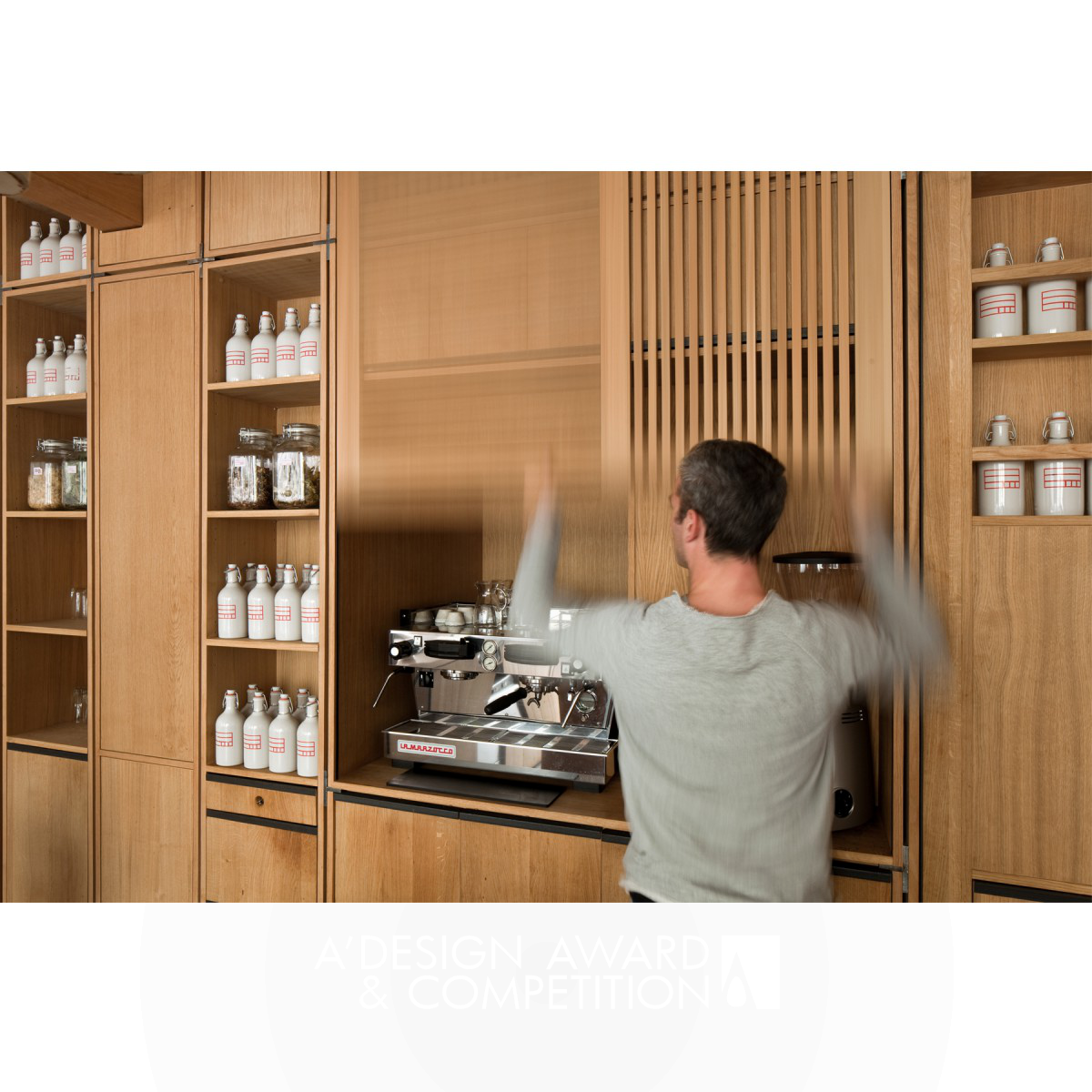 BW : When Gamsei opened in 2013, hyper-localism was introduced to a field of practice which had till then been mainly confined to the food scene. At Gamsei, ingredients for cocktails are either wildly foraged or grown by local artesian farmers, thus reestablishing a connection with local products and culture. Gamsei is, envisioned as an antidote to the globalization of cocktail bars

BW : Just like the cocktails, we procured all materials locally, and worked in close collaboration with local manufacturers to produce custom-made solutions. Gamsei is a wholly integrated concept that turns the event of drinking a cocktail into a novel experience.

BW : The Design and research process started in September 2012 in Munich – The interior was completed in April 2013.

BW : We wanted the bar interior to be clear continuation of the hyper local concept– whilst paying a tribute to the local Bavarian culture and craftsmanship, guests enjoy a view from either tribune onto the centrally placed bars and follow how bartenders mix up the cocktails. Dried flowers and herbs are displayed in a wooden built-in cupboard. White ceramic bottles, containing self-made essences, are suspended from a steel mesh.

BW : Gamsei is a wholly integrated concept that turns the event of drinking a cocktail into a novel experience. The refreshing take on the cocktail bar extends further: bartenders, dressed in uniform leather aprons, serve their guests an amuse-gueule, such as “Biersand”, after taking their coats upon entering, the tribunes on either side - allow for sports broadcasts.

BW : Gamsei [ˈɡamzːei. ] : Is the the egg of the Rupicapra Rupicapra (chamois) - It’s a Bavarian fairy tale, which says that the egg is very rare and hard to find - but has an excellent indescribable taste and that the Woiperdinger the Bavarian legendary creature a horned squirrel declared it as its favourite food. Every year in autumn gatherers looking for Gamsei(er) high up in the mountains - but nobody ever found one.

BW : we use all kinds of media to develop our designs

BW : All materials such as wood and ceramics are procured locally, and we worked exclusively in close collaboration with local carpenters and manufacturers to produce custom-made solutions.

BW : For Gamsei we collaborated with Andreas Kreft – a Munich based Architect, who was working in New York and Berlin before he established his own office Studio Kreft. Another collaborator was a structural engineering firm which had to check on the beams at the ceiling as the steel mesh got quite heavy. The joints at the walls were also a problem as we found out that the walls were extremely thin – one day we broke one wall and stand in the neighbor’s sleeping room. But all worked out well we fixed the wall and the neighbor got free drinks at the bar. For the Uniforms and the pottery we worked with local manufactures

BW : Whilst designing Gamsei it was extremely demanding to follow the hyper local concept. We needed much more time to source materials, and find local partners as in any other project. The building itself which host the bar is from the 19th century so we had the common problems with historic building fabric.