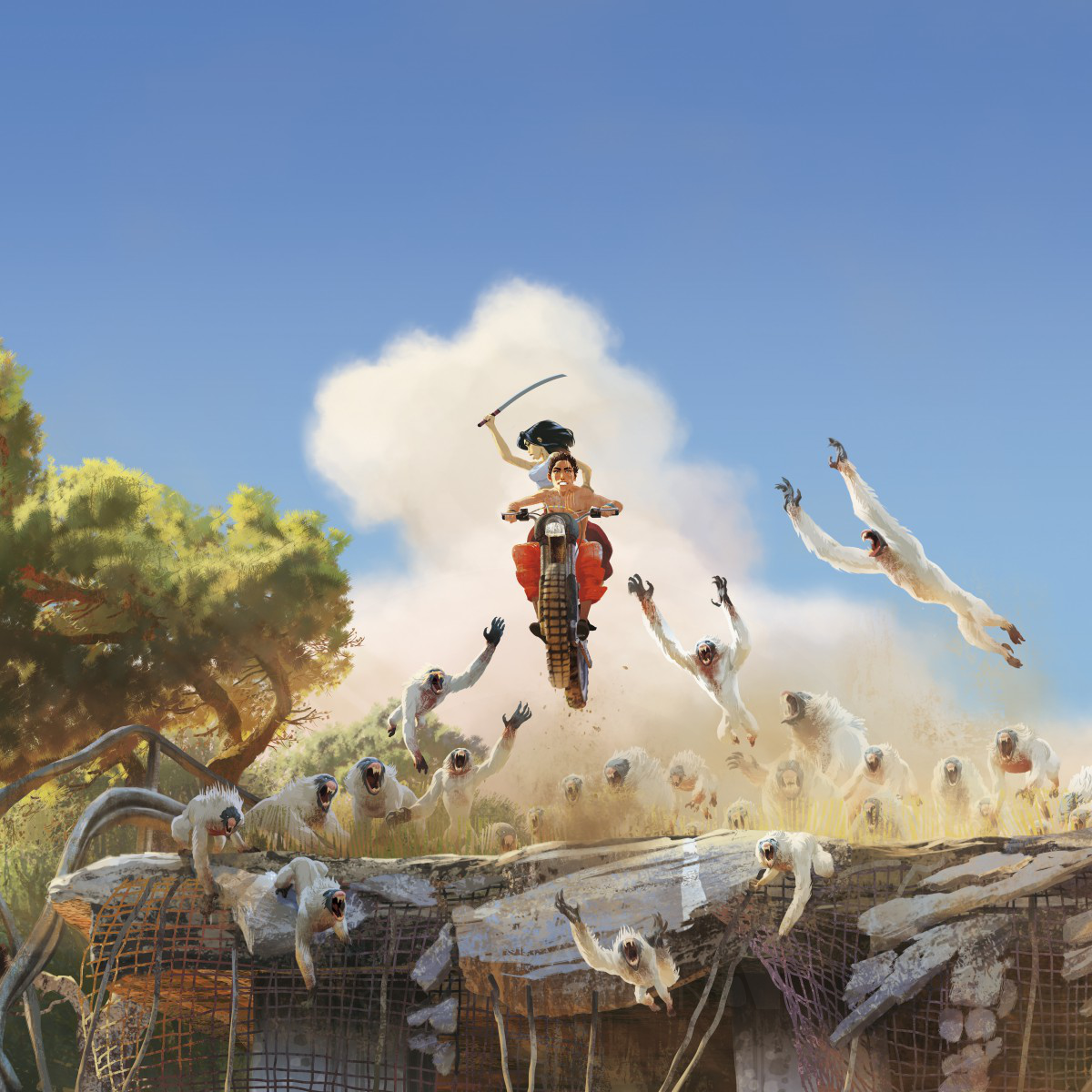 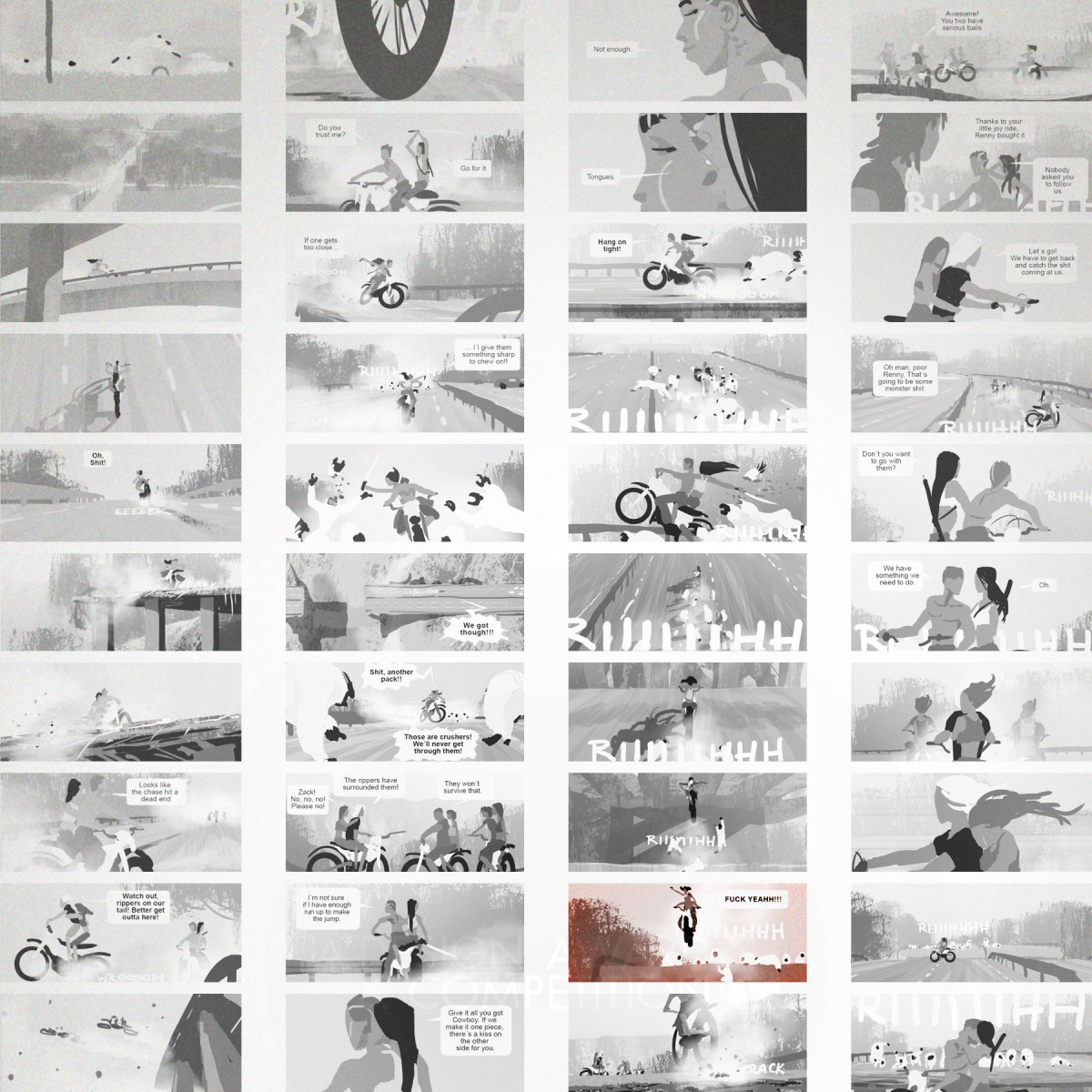 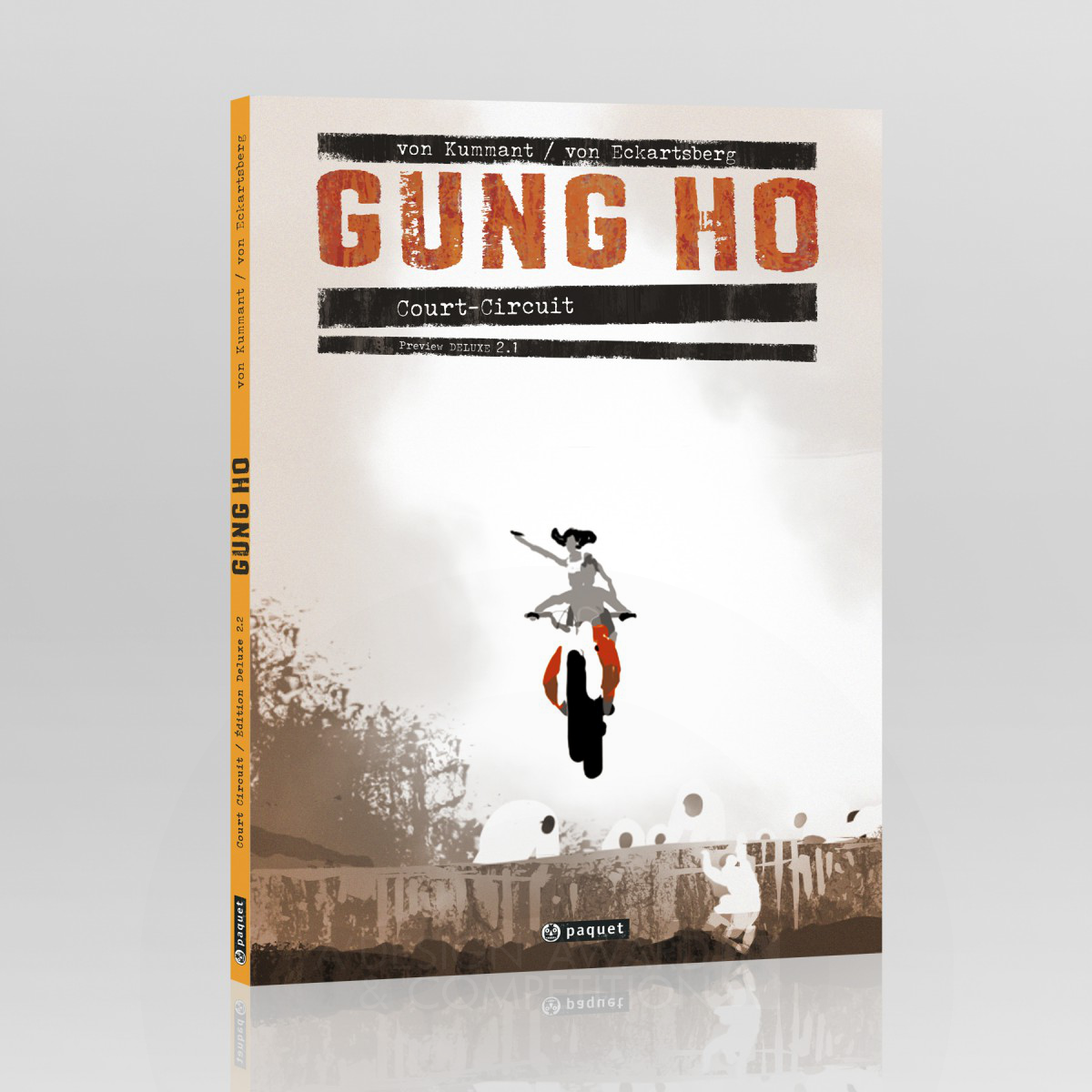 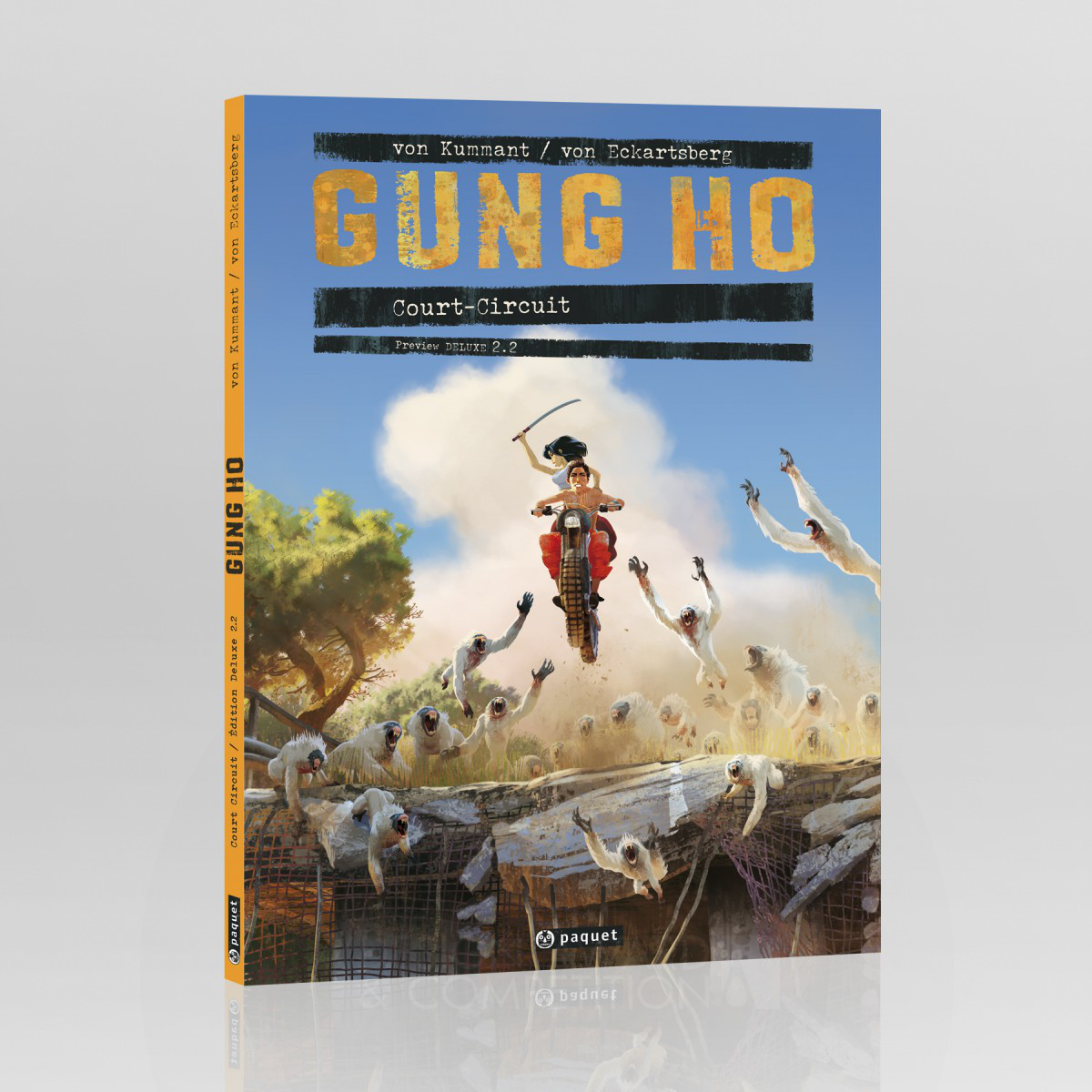 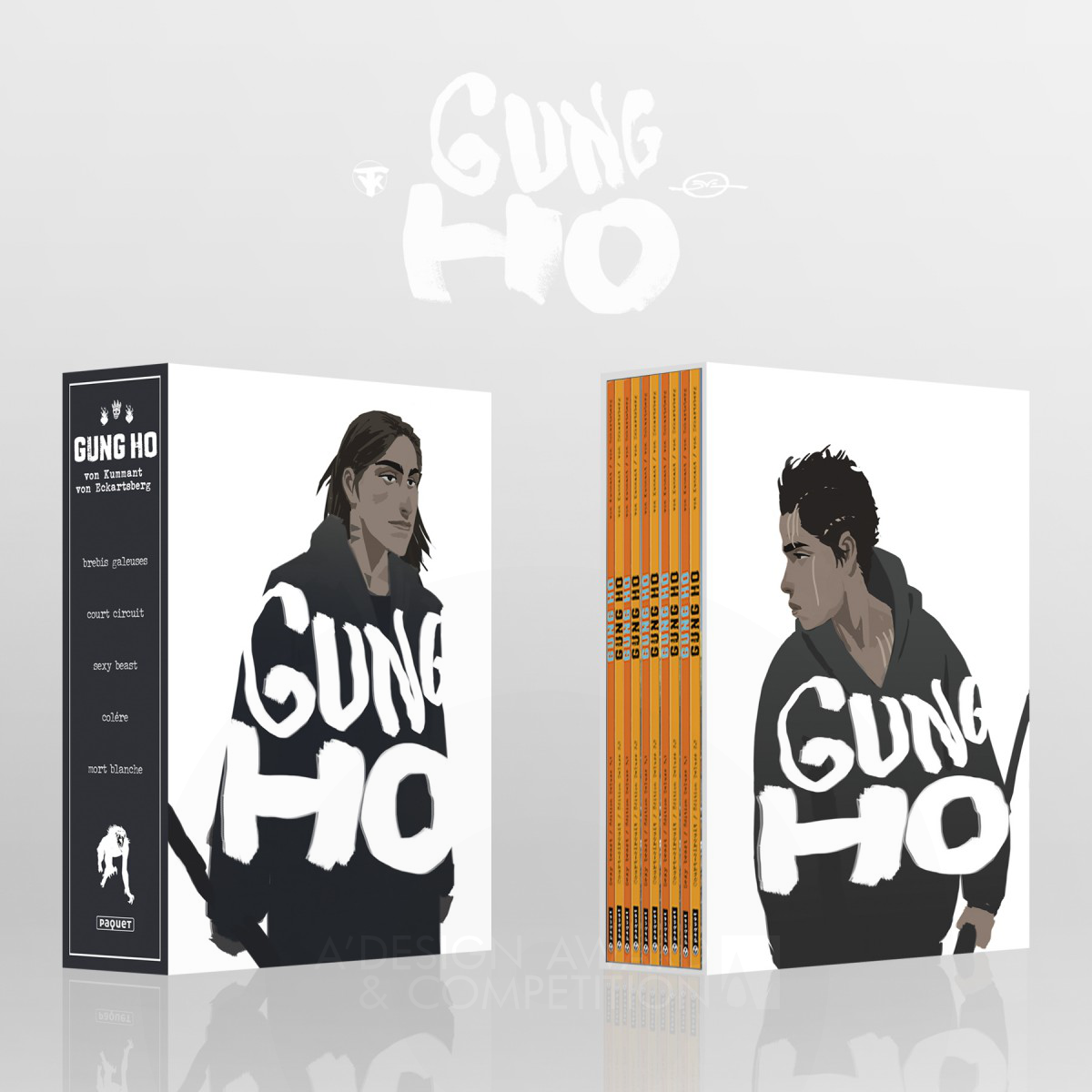 TVK : The illustration is a triangular composition and is intended to reflect the term GUNG HO - GUNG HO in the sense of youthful recklessness and high spirits. The inspiration comes from my own holiday memories of holidays in southern Europe.

TVK : I wanted to depict the imminent danger, but also the youthful cockiness and the outburst of pure adrenaline.

TVK : Since the image is digitally created, I will probably offer it one day as an original NFT.

TVK : It took me 3-4 days from the sketch to the finished illustration.

TVK : At the end of the second book, the two teenagers escape from the protective settlement on their motorbike and are attacked by the dangerous rippers, a new species of animal, a freak of nature. This scene is symbolic for the second book of our comic series GUNG HO. I had the motif in mind from the beginning.

TVK : The Cover Illustration was made especially for the French GUNG HO DELUXE issue 2.2 and used in several countries for the special issue.

TVK : I had already painted the motif as the essence of the story for the presentation to the publisher. But at that time it looked quite different, the characters and the dangerous rippers were not yet designed and the location was not yet clear. Three years later, the cover illustration was finally created in this form.

TVK : During the development of our story I have always worked very closely with Benjamin von Eckartsberg and we have always influenced each other constructively.

TVK : The story is aimed at readers from 14+

TVK : Most post-apocalyptic stories take place in desolate areas and are shown in desaturated colors. However, we show this crisis situation from the point of view of teenagers, who, with their hormone-driven emotions, look at the world with completely different eyes. The world of GUNG HO has something of a summer camp in southern Europe.

TVK : GUNG HO is an Americanism derived from Chinese and means motivated, committed and working together in harmony. Over time, however, the term acquired various meanings, e.g. it was used as a battle cry by the Marines in the Pacific during World War 2. In our history, GUNG HO is a slang term for hotheaded and overzealous, regardless.

TVK : The image was created with the help of SketchUp in Photoshop.

TVK : The unique ones are arguably the rippers, an aggressive freak of evolution that has displaced humanity from the top of the food chain.

TVK : The main task in composing a picture with so much detail is to guide the eye of the viewer.

TVK : I was invited by the A'Design award and my wife really wanted to go to the gala evening at Lake Como.