Next Kimono Platform by Takahiro Sato 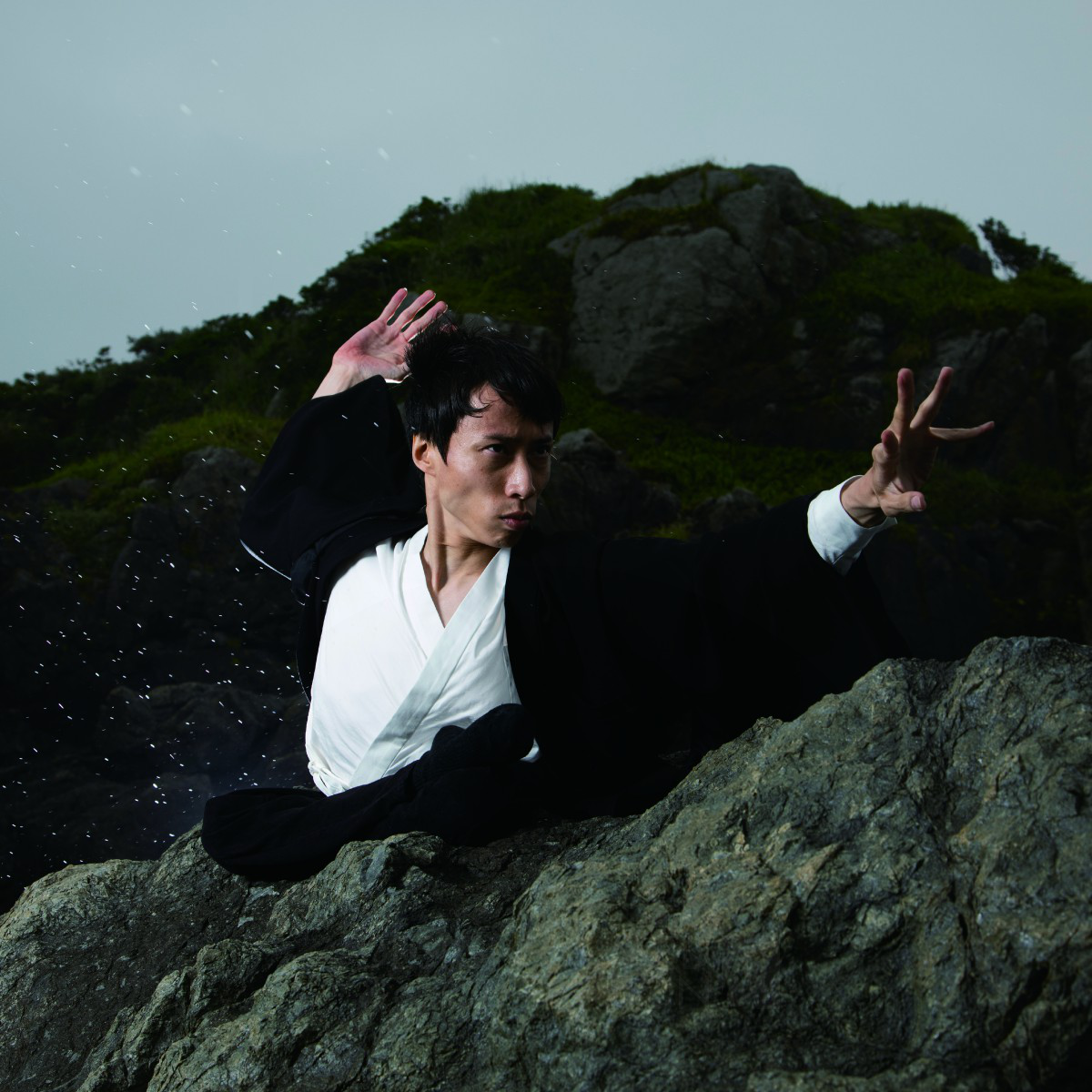 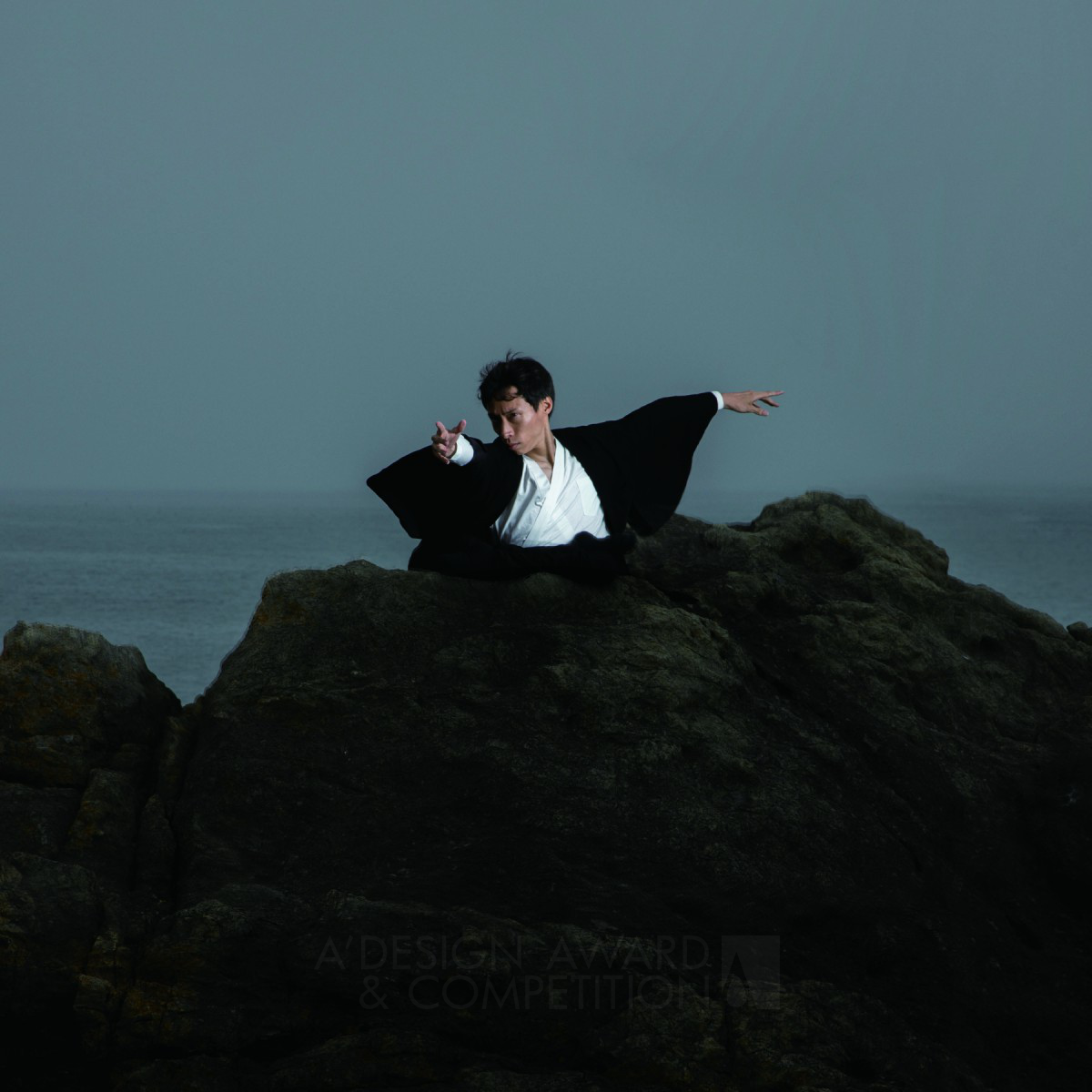 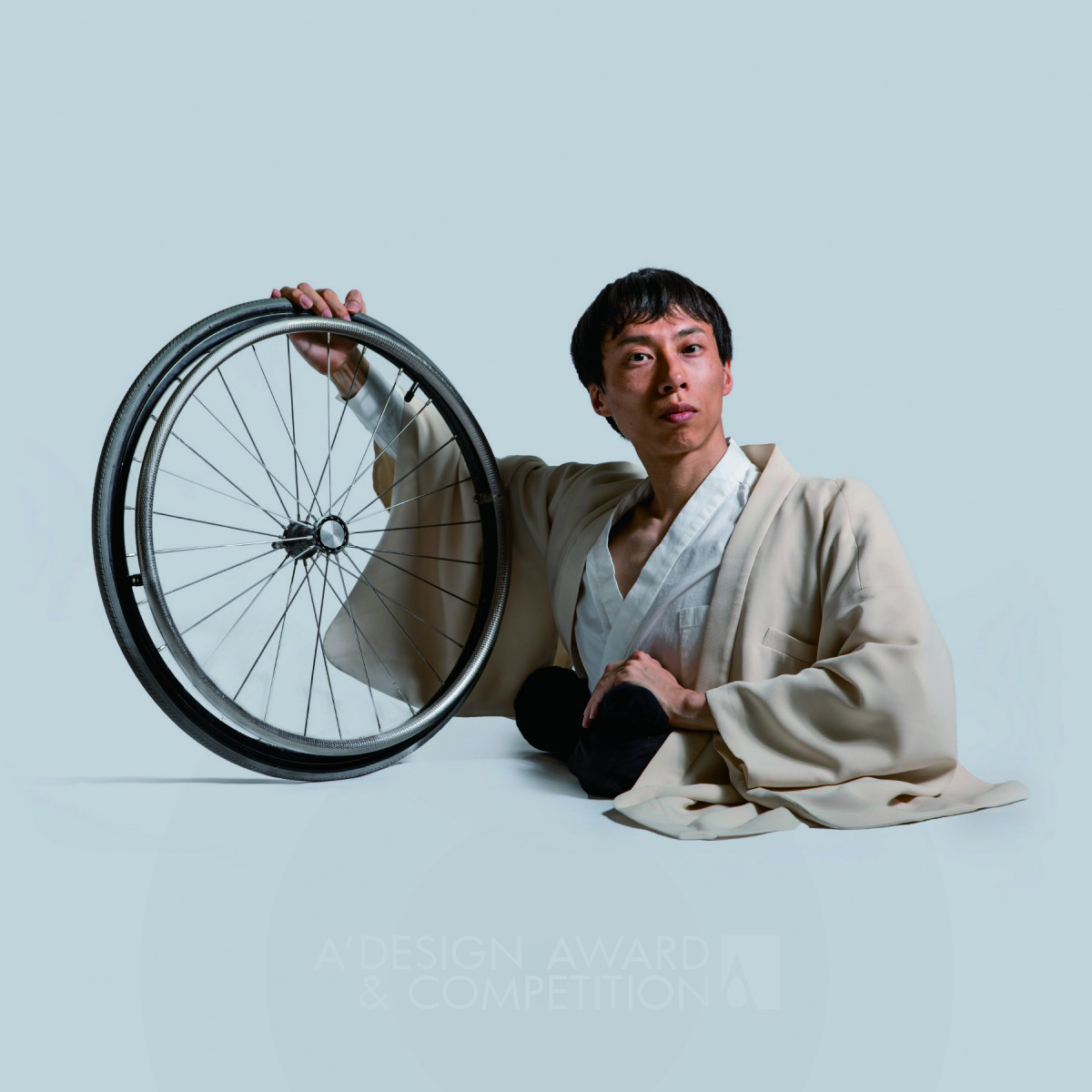 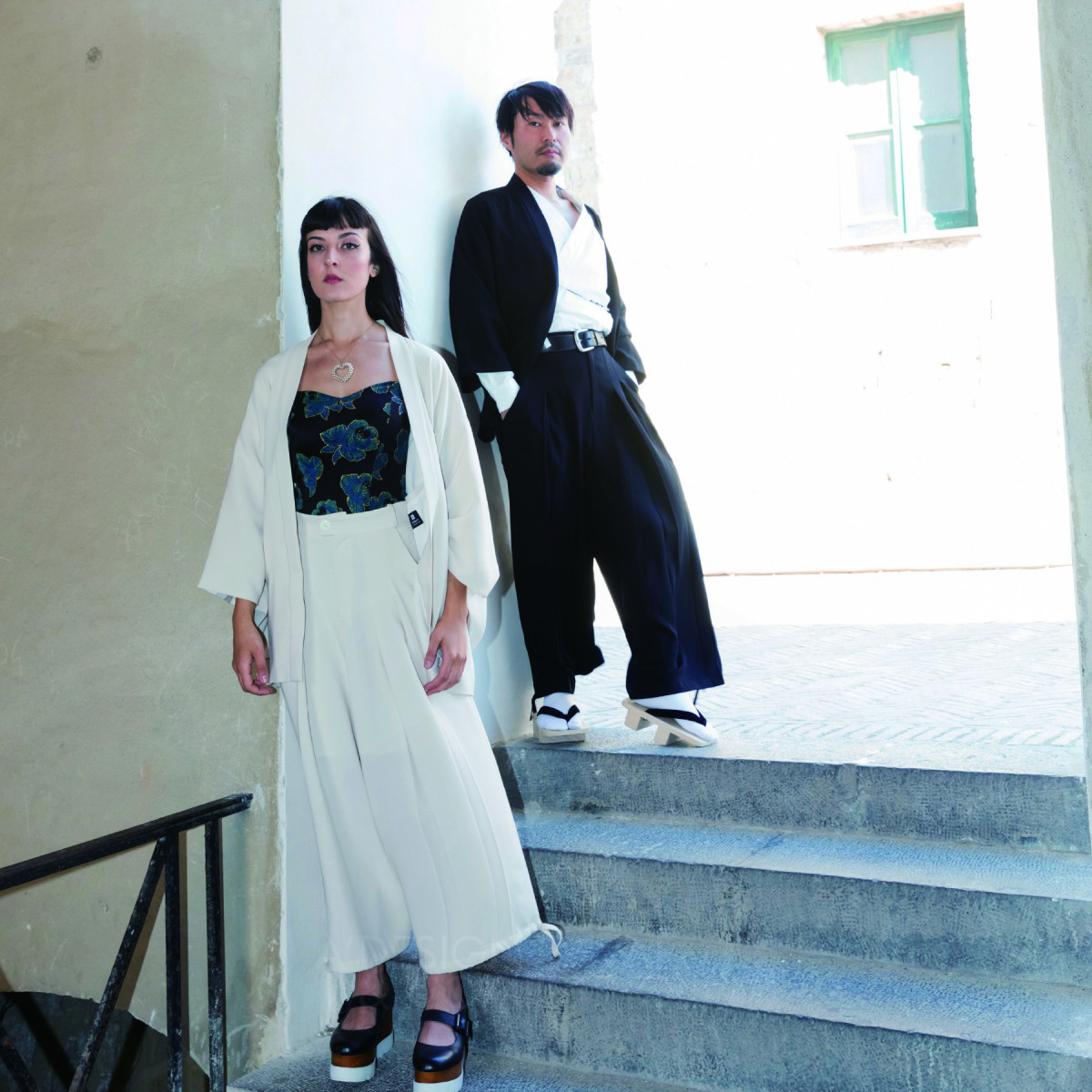 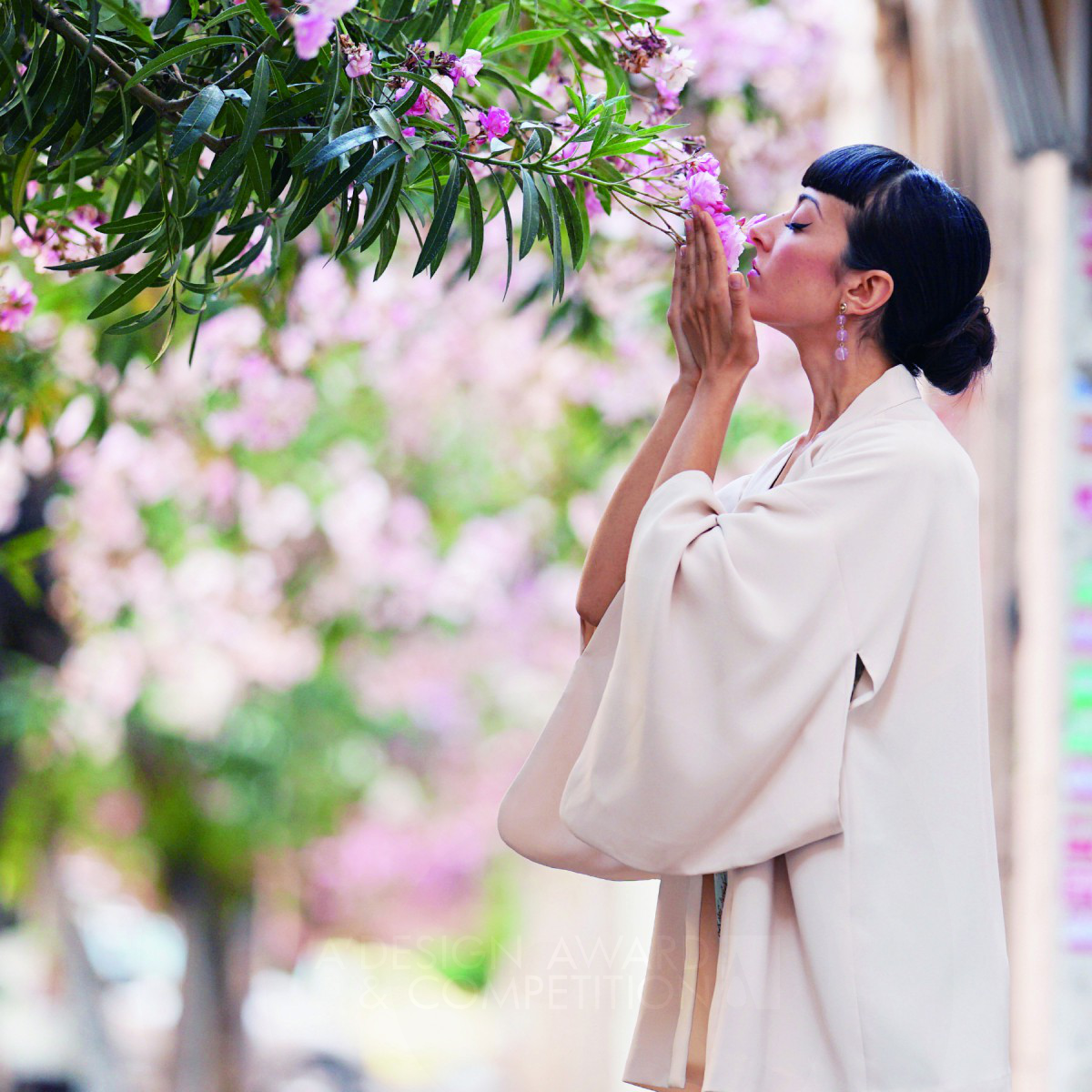 TS : I focus on one thing strongly, that is “this design is as means for who and what.” Because I believe design is one of the means to make people happy. So I like designing that we can’t see, like strategy and gimmick to make people feeling happy.

TS : Focus on 3 things. First, the function that people who like Japanese culture in the world can wear without special technique. Second, function people in the world can wear in each climate and lifestyle. Even in Japan, climate has changed so for world there are many kinds of lifestyle and situation. So as modern kimono, I pick material to be comfortable to wear as also daily fashion. Finally, actualize function that originally traditional kimono has, one design but can make many variation to change fabric and patters. Realize this tolerant feature on Samurai Mode Series. So Samurai Mode can be changed inner fabric, and have plan to take world traditional pattern in Samurai Mode.

TS : The Samurai Mode Series that receive the award this time will be upgraded like the function that becomes modern kimono if wear all 3 pieces. Also take the function traditional kimono originally has , can adjust for people all over the world even it's a one-design, makes more easy and comfortable to wear with remaining traditional kimono looks but also add a new function.

TS : It’s my first time to make the clothes and called me designer so what I did first was buying a sewing machine and tried to sew shirt, made patterns so I spent 1 year for complete.

TS : Why I started KUDEN is making the place to work with my son and inspiration for Samurai Mode Series comes from my mother, she liked kimono. I decide to make the brand for all over the world and found her kimono. People in the world can’t wear traditional kimono even they want so I design Next Kimono, it’s modern kimono-like clothes.

TS : It’s my own new business project so my brand has responsibility from make to sell. Until deliver to customer is also my design.

TS : First, I want it. In addition, people in the world tells me their worries like they want to wear traditional kimono but don’t know how to wear.

TS : Almost new kimono in the market can be divided 2 groups. One is making clothes by kimono fabric and pattern. The other is making kimono by usual fabric. But I design from pattern and shape as new one, I call it Kimono Re-boot and Next Kimono. It’s a different from other kimono like clothes, I think.

TS : I think people in the world have special, positive feeling for the word “samurai”. To describe my feeling and spirit, after went bankrupt my company I rouse myself to make the place to work with my disabled son, samurai is perfect world.

TS : Making from construction and understated.

TS : I completed my design by discussing with specialists, pattern makers and artisans having special sewing technique.

TS : Rather than for product, it’s on branding side. I can make people know and deliver to all over the world by technology. I call it GOFUKUYA3.0, people can order as they like even from far away. People experience the joy of Japanese traditional GOFUKUYA online. It’s very practical.

TS : I researched the history of traditional kimono, materials, how to wear kimono (it’s called “kitsuke” in Japanese) , different between Japanese dressmaking and western dressmaking and also philosophy that people wear clothes.

TS : Finding sewing artisan who has technique that can realize the design. As a result, I met wonderful artisans.

TS : I have 2 reasons. I called myself designer when I was 43 years old. I couldn’t go to school to study design and must gave up my path because of disadvantaged home environment. Really disappointing, frustrating, tough memory for me. But now, when I was 43 years old, I became designer. I want to prove to people who can’t learn at school because of some disadvantaged environment like me that we can come true my dream if we keep making a effort and never give up. The other reason is for people around me, my staff, sewing artisans and customers. They always encourage me, give a courage to me who embarrassing to call myself designer. I think if I receive the award it acknowledge strongly what they buy and support so I want award for them.

TS : It’s my own company’s new business project so I have limited cost and human resource. But I tried , think how to be able to actualize within that limit , and finally receive the award. I learn creativity, ingenuity, and inspiration , originality of designer again.

TS : I design Next Kimono as one of kimono so people especially Japanese often say “it’s just a kimono” when they see photo. It’s honorable thing for me. Because I design Next “Kimono”. For people know kimono, I want them to wear, they may understand the difference. I design like that.