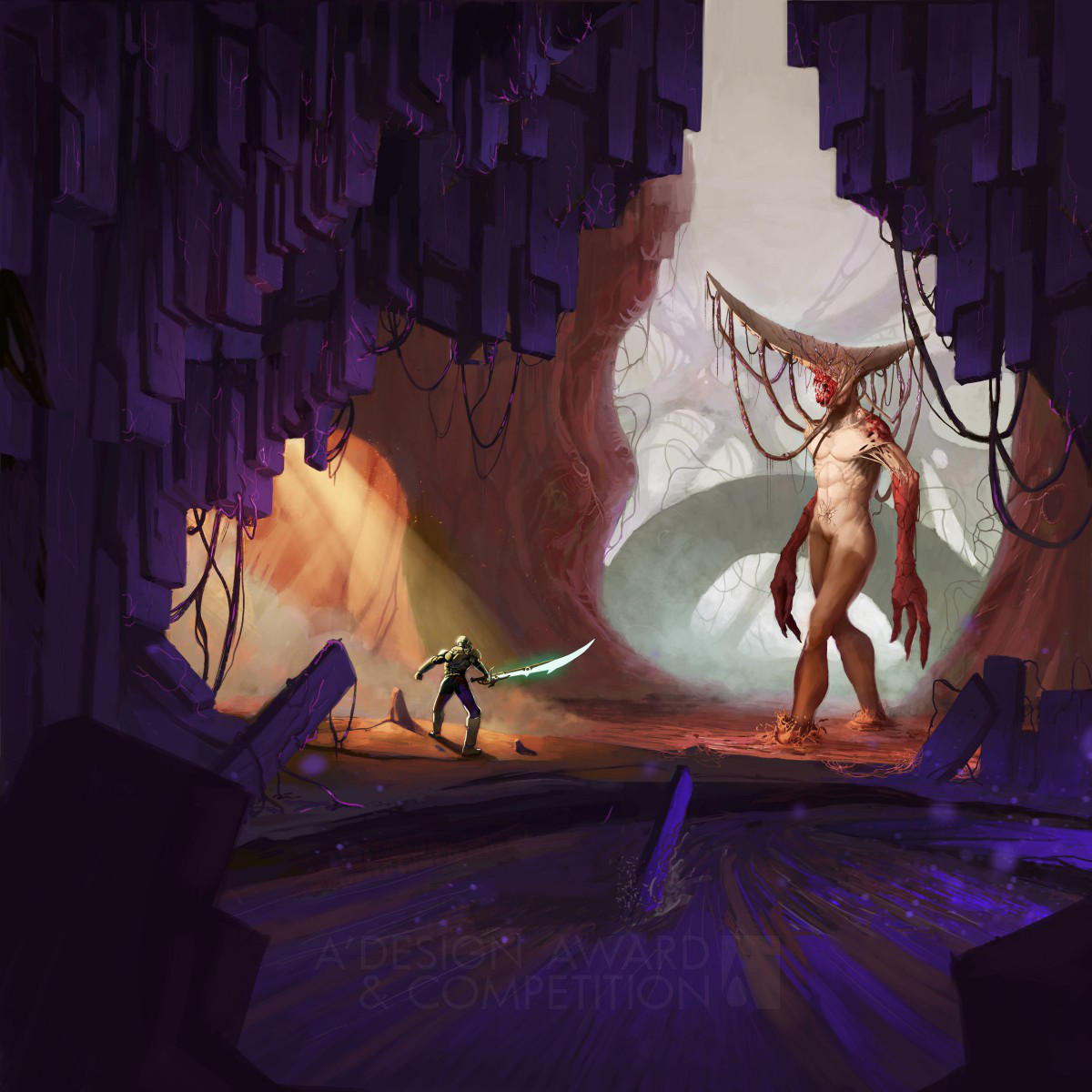 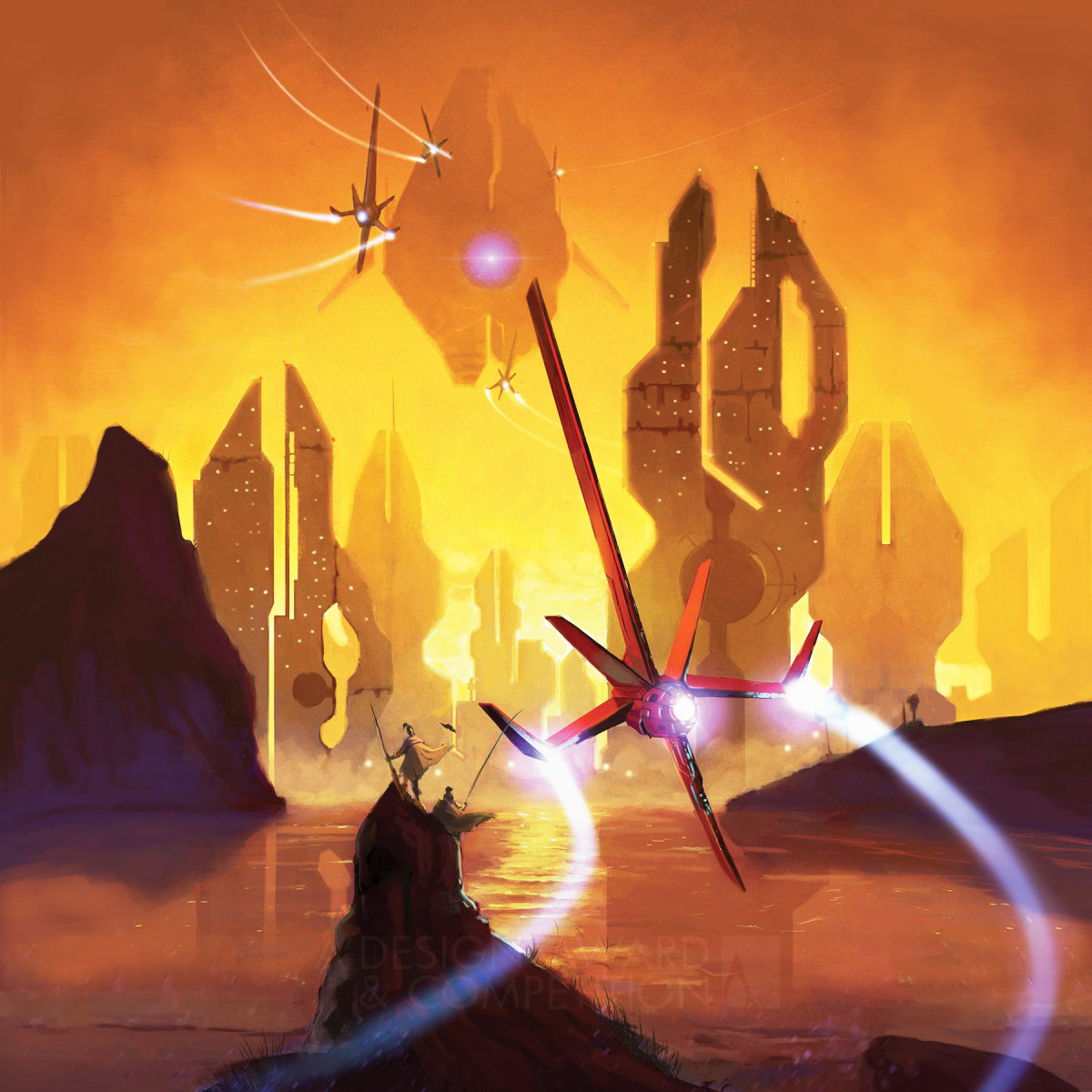 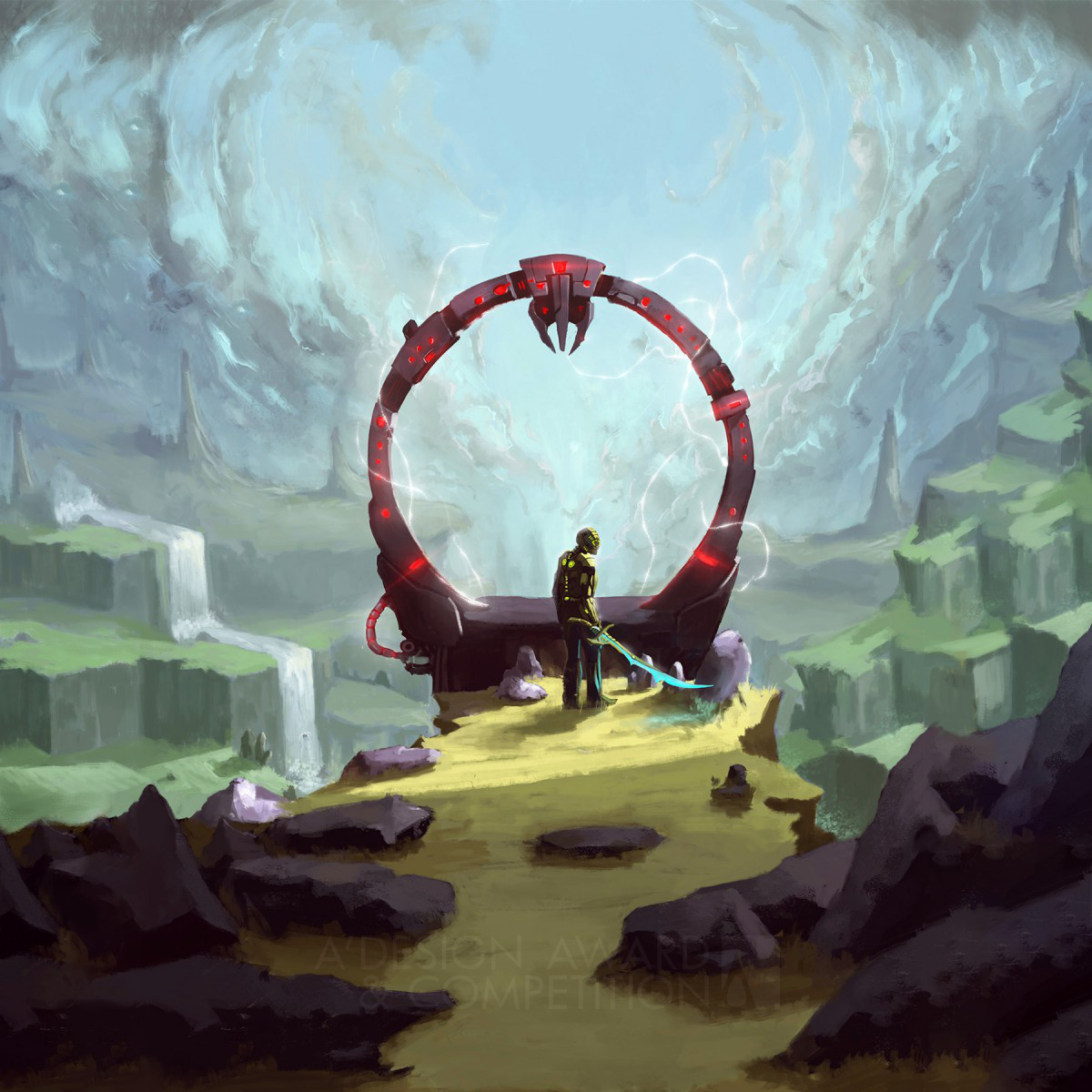 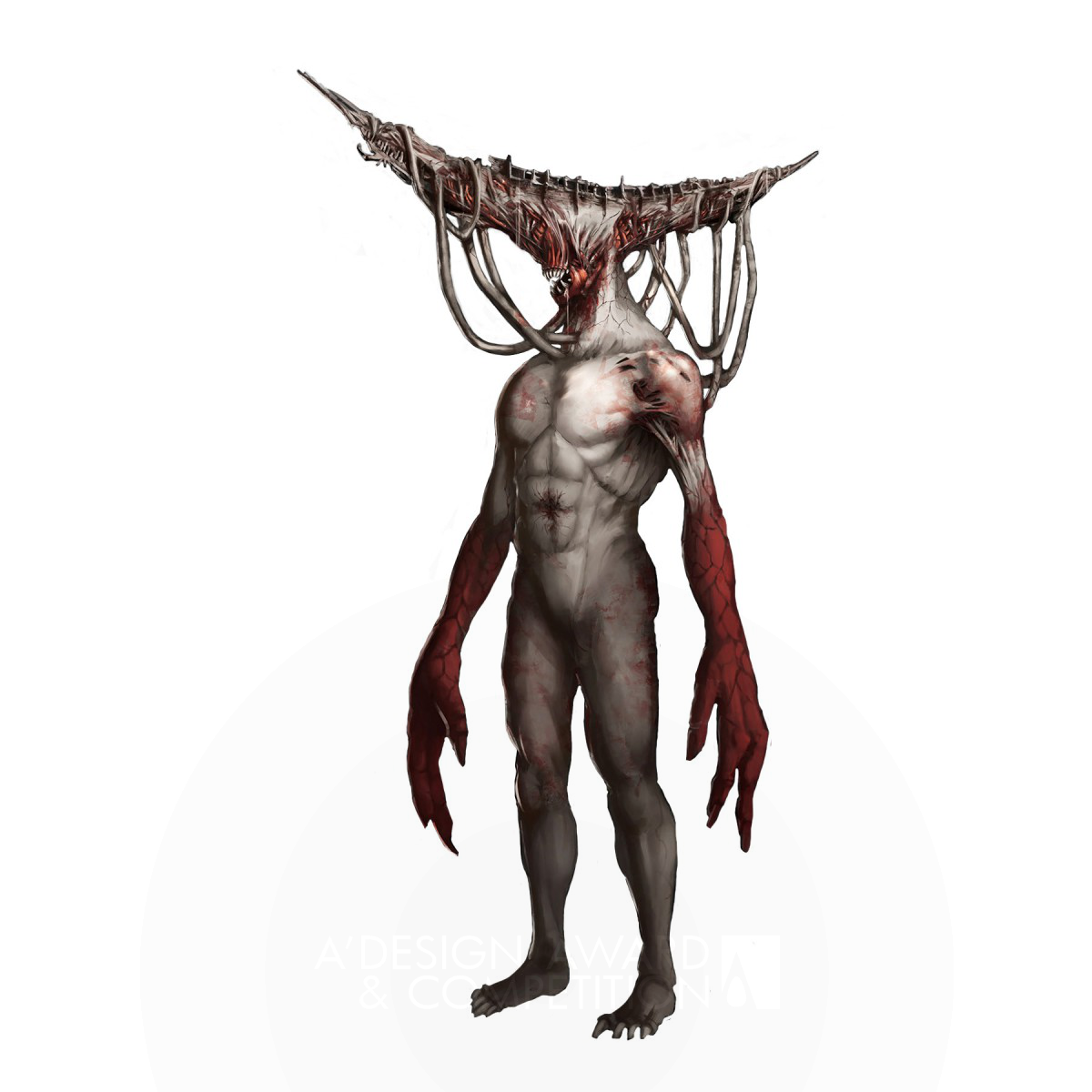 PI : The work is based on the myth of Orpheus and Eurydice, the goal of my work was to combine a classic story with a sci-fi imaginary with fantasy components.To do this I had to create a new plot based on the original, keeping unchanged the roles of the characters. The basic idea was to keep the message but rework it for a modern media such as video games and to be able to create a credible adaptation, each character has been rethought to be "playable" or NPC, with suitable clothes, armor and objects to a videogame action.The main inspirations videogames such as Anthem and Destiny but also Dead Space, all works that have marked me as a player and as a designer, as well as reference artists such as Anthony Jones, Karl kopinski, Mike Azevedo and many others.

PI : The main objective was not only to rework the classic plot to make it more performing for the modern market, but also to make the characters interact with the player following all the parameters of a video game. In particular, my goal was to create a very different graphic line between the protagonists and antagonists of the story, trying to give the characters a never-seen and fresh look without losing the solemnity of a classic theme, so to create this separation between Good and Bad I have decided to give a technological aspect to men who in fact use high-tech armor, and to villains a mutant aspect, without losing in both cases elements that call fantasy such as swords, bows, weapons in general and mythological references.

PI : I hope to be able to bring to light the definitive project and maybe even further expand the world that I tried to create in this work. So I think the project will continue to grow and if there will be an opportunity I will try to finalize it all. It would be fantastic to give my own version of a story to which I am very attached.

PI : I worked on the design of this project for a year in which I found myself facing the whole creative process from the design phase, where the ideas were in the embryonic phase, until then developing all the characters with advanced material such as turnarounds and character assets and the illustrations that have been presented.

PI : The project was developed during my training period at Scuola Italiana di Comix in Naples. The theme was entrusted to me by Andrea Scoppetta, teacher of the master I attended, who asked me to refer to the classic myth and gave me maximum freedom on how to develop history and designs.

PI : The project was not produced or used by any company at the moment, it would be interesting to develop this product together with a corporate team. As for selling or renting the product, I am open to evaluating the offers but obviously I would like to be part of the development team.

PI : It has been a long time since I wanted to work on a similar project, especially on the concept phase, plus I always loved Greek mythology and being able to work on a theme so being able to blend it with my imagination was a very interesting challenge that came at a very particular moment of my life.

PI : The main influences derive from the videogames that I have enjoyed more, obviously I am a longtime videogamer. There are also many artists that I constantly follow and who are an inexhaustible source of inspiration such as: Antony Jones, Ruan Jia, Mike Azevedo and many others, in addition I had the pleasure of having great artists as teachers such as Andrea Scoppetta, Barbara Ciardo and Mario Teodosio who have always stimulated me

PI : Children aged 12 and over, the project was designed for an audience of teenagers and adults.

PI : The fusion of classic, sci-fi and fantasy areas in a modern version and particular attention to shapes

PI : Is the original name of the myth to which it refers, I thought for a long time if it were appropriate to change the title, perhaps by inserting a subtitle but in the end I decided to leave the original title

PI : I work completely digitally with a Wacom Cintiq 13, as software I have mainly used Photoshop and Blender 3d in some cases.

PI : I worked on the project alone, my goal in addition to creating a product was to increase as much as possible was to increase my skills on the entire production line.

PI : Fundamental, it is completely realized with digital tools and it would not have been possible to carry out the work in the same time frame in a traditional and manual way.

PI : Obviously when you are faced with the design of a product for the public, market research must be conducted in order not to miss the target. As for me, I tried to understand the momentum of the moment to understand what the public liked. Clearly reworking it according to my ideas and always trying to bring something new. I am convinced that we must not only follow the trend but take advantage of the market trend to allow people to enter their imagination.

PI : Definitely find new designs and a new appeal. There are very good artists around and a great production on the market which is very competitive. it's always a challenge to create something new and never seen, but it's also the funniest part.

PI : I have always believed in this work, and in particular in the research that I apply when I create a new design, this research in some cases cost me a lot, but I was convinced that sooner or later it would give its results. I decided to enter the competition after receiving an email from the A design Award that informed me that my design had been noticed and selected for the competition and I decided to get involved.

PI : There are certainly obstacles in the design phase that always constitute new challenges, basically it has enriched me a lot in reasoning outside the box to put my ideas into practice in a new way. it was also a great experience on a technical level to put into practice a new pictorial and chromatic approach.

PI : Thanks to the people who supported me in this project and in everyday life.