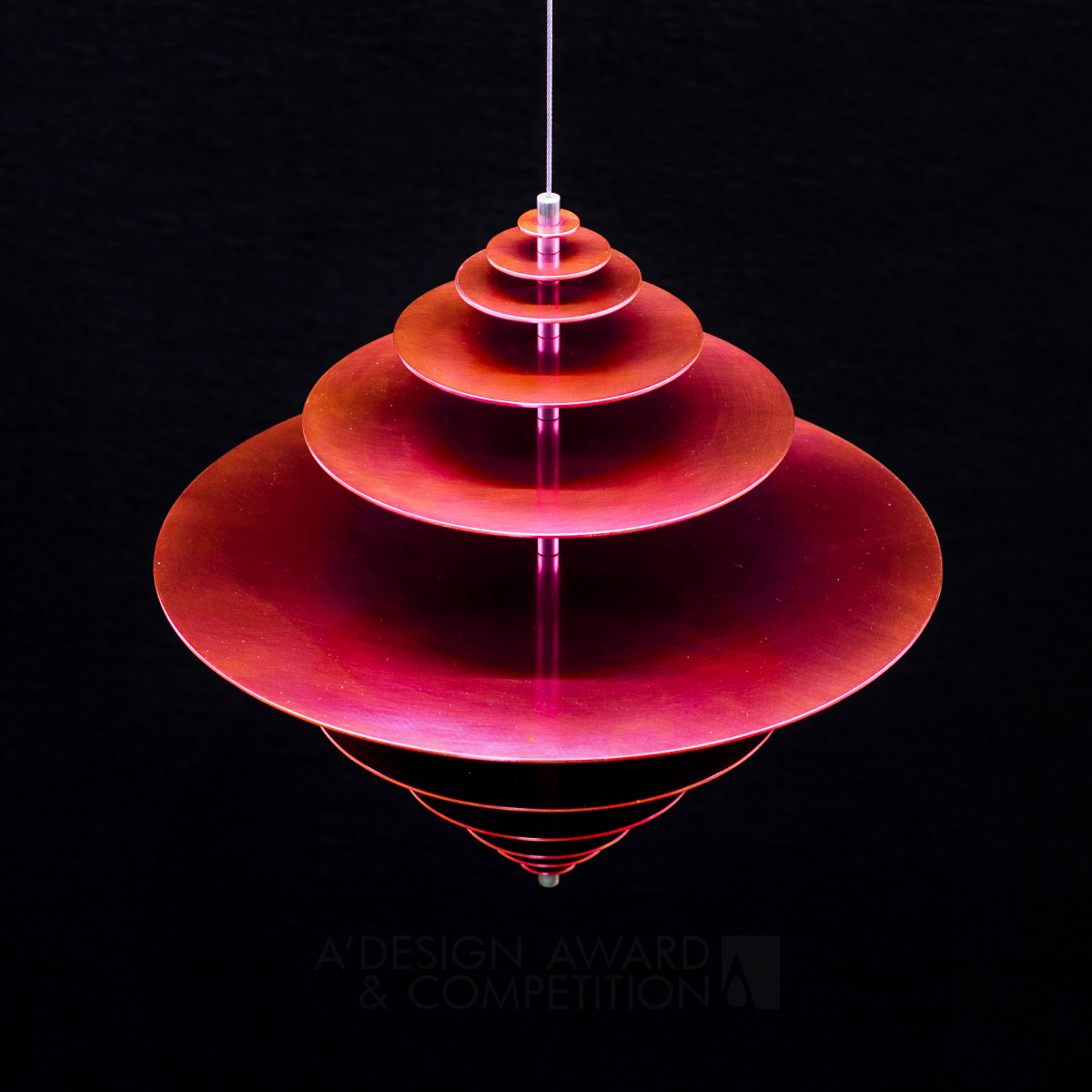 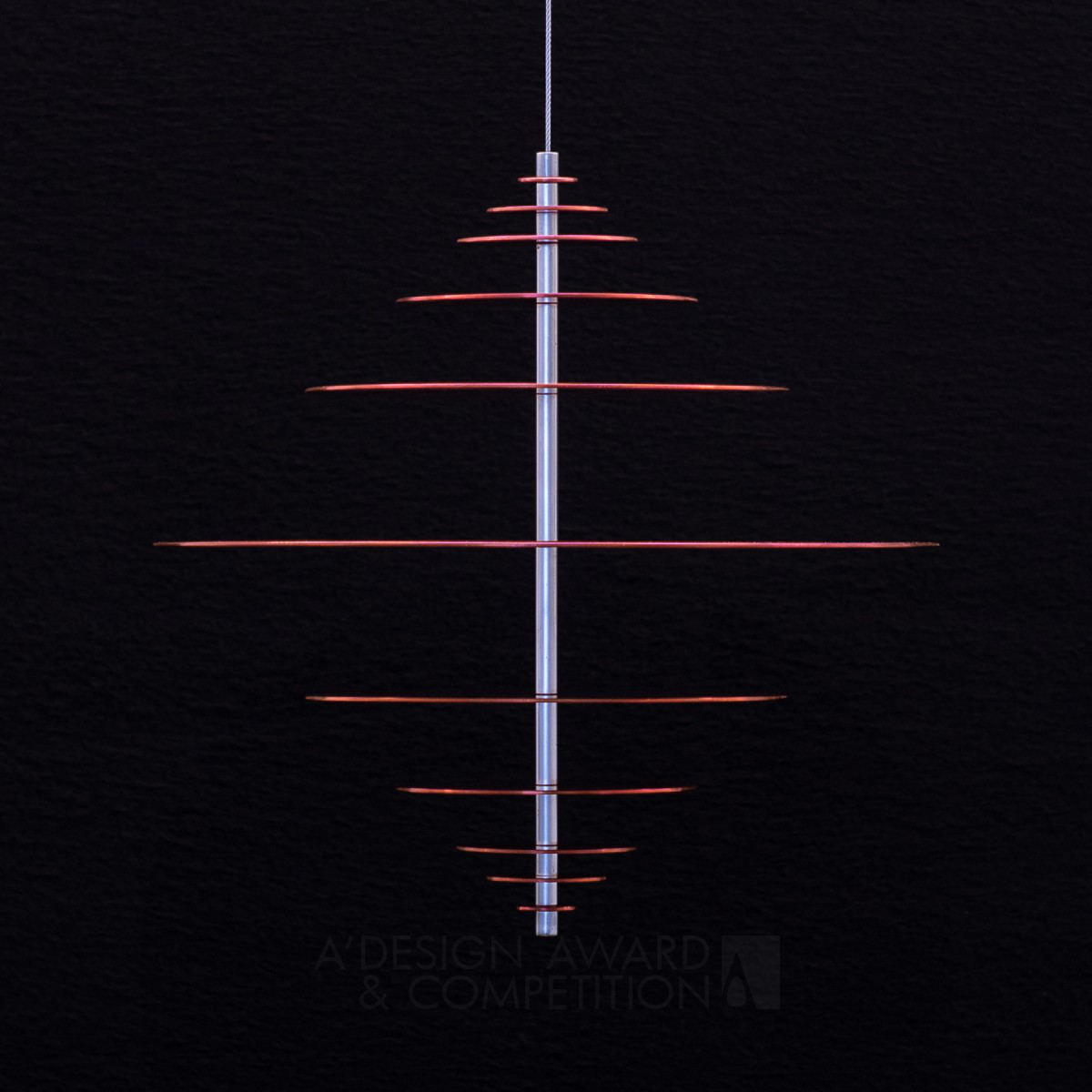 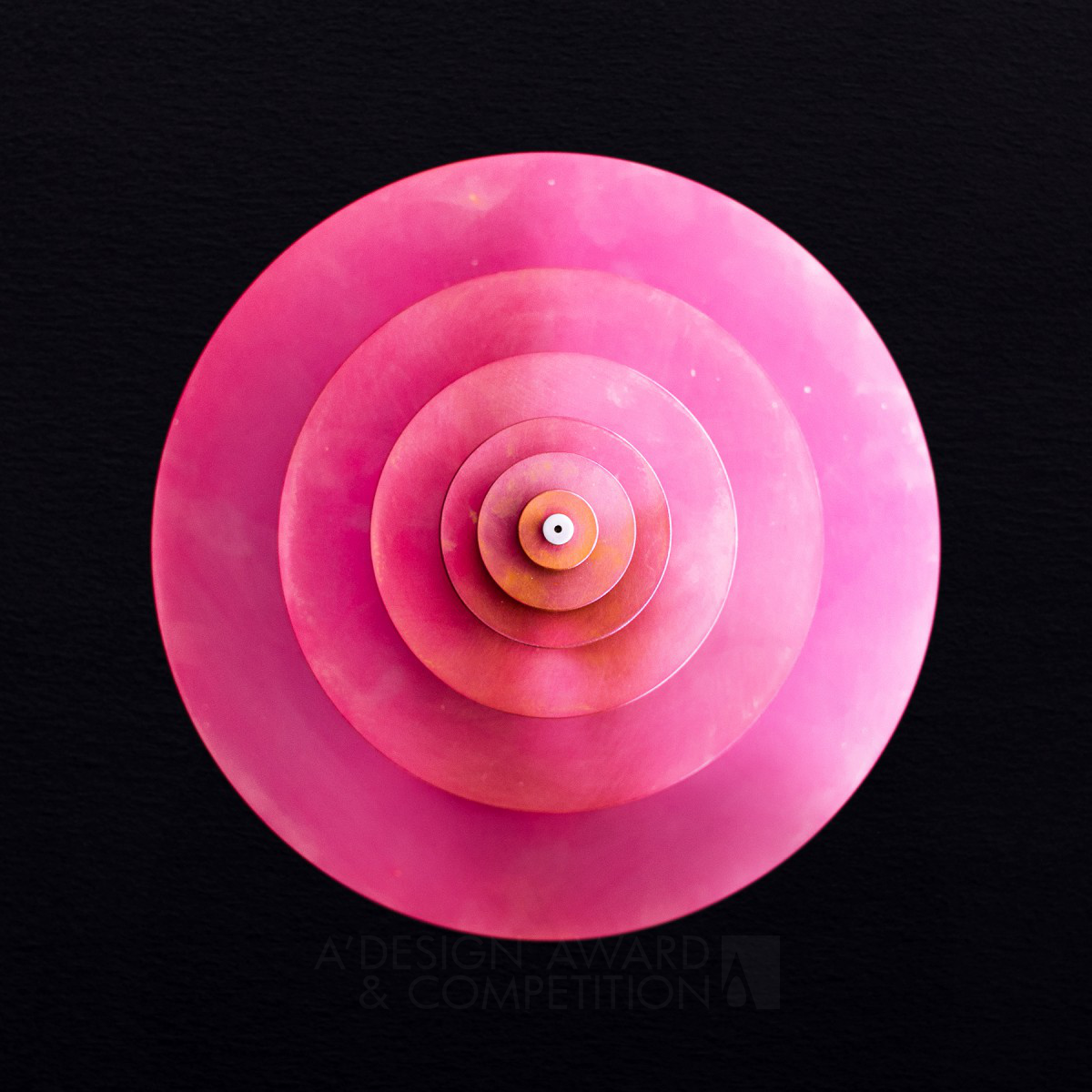 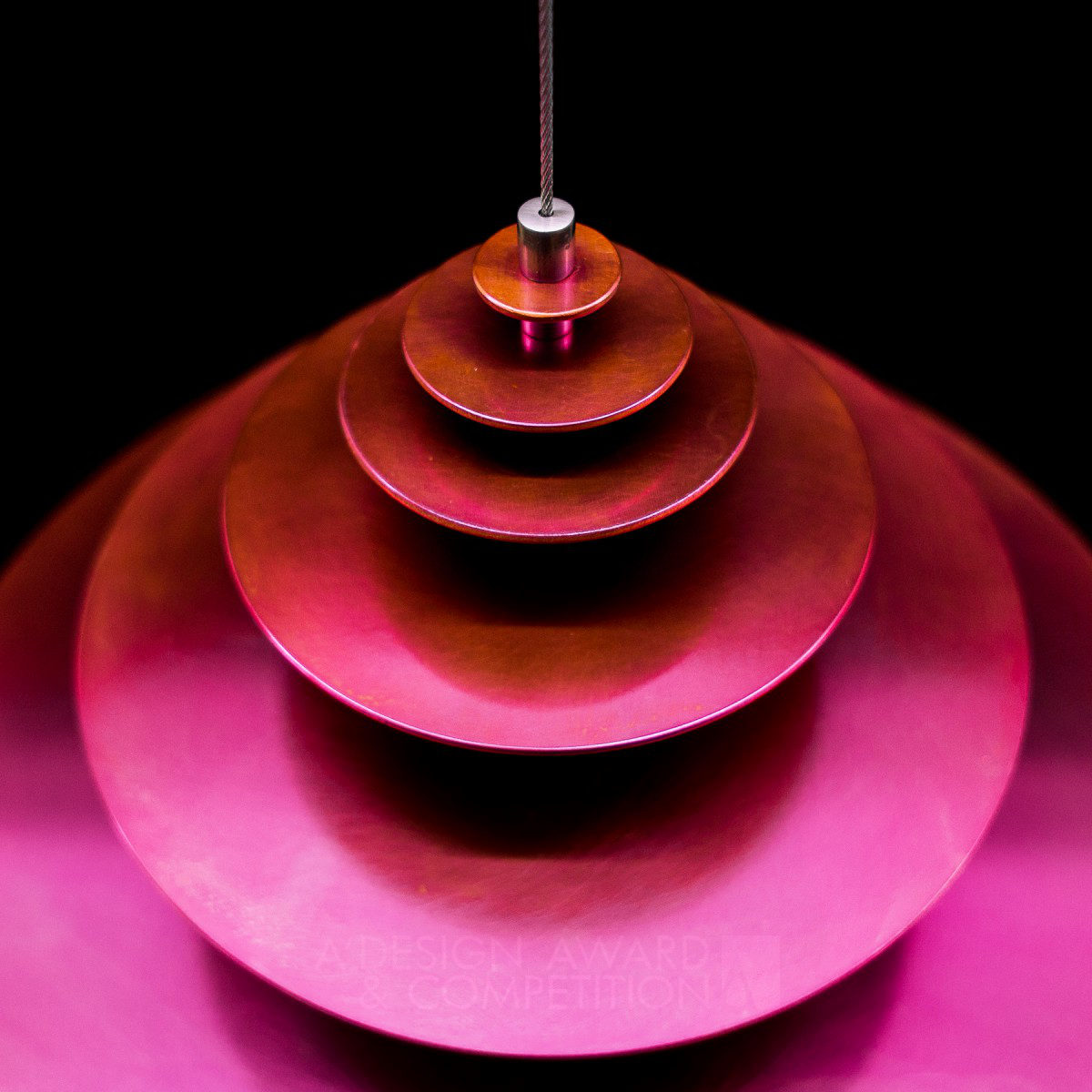 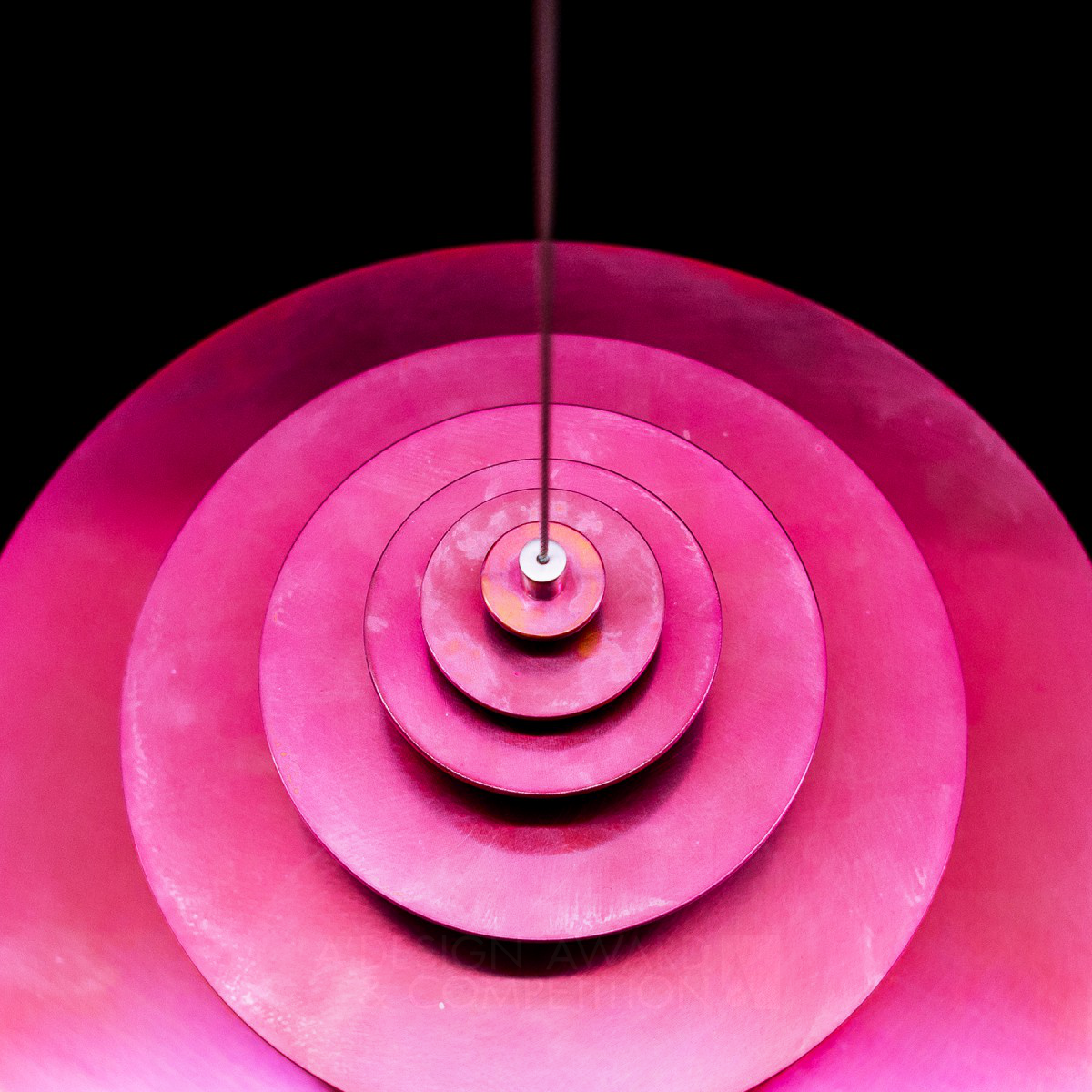 TB : The Big Bounce Object visualizes our universe and the life cycle. It combines the current scientific knowledge about our universe, the Big Bounce Theory and reflects it in a symmetrical object under considering the Fibonacci sequence.

TB : This object represents a theoretical model of the origin of the universe (the big bang). The Big Bounce Theory is one of several theories, dealing with the temporal ending and beginning of the universe and describes an oscillation of space and time. (cf. Wikipedia (ed.) (2016). Big Bounce. Online: https://de.wikipedia.org/wiki/Big_Bounce (Access 05.10.2016). The object illustrates the familiar three dimensions (length, width and height) known to us, and brings out the strong interrelation between time and space as well. The symmetrical and quadratic structure was visually focused in the design. The basis for this is the expansion and the age of our universe in combination with the Fibonacci sequence.

TB : I want to exhibited the object and searching for opportunities to do it. I am up for new things and open to what comes next, whatever it may be.

TB : From the idea to the final object took me round about 6 to 8 month.

TB : I am very interested in astrophysics and i read a lot about this kind of topic and at one point i thought i have to built an object about a familiar theory. I choose a theory about the big bang, (the big bounce theory). I wanted to combine a symmetrical and quadratic structure in general with the current scientific knowledge about our universe, the big bounce theory and the Fibonacci sequence.

TB : No it is a one of a kind object and can only be bought ones.

TB : My passion and interest for science and new things.

TB : Everybody who is interested in science and information design and of course design in general.

TB : It is very scientifical influenced, structured, precise built up and in one kind more or less an information object.

TB : I like to describe the thinks like they are. The name is the exact description of its meaning.

TB : The material and its color.

TB : If there was much more progress in the field of astrophysics technology, maybe i had made a totally different object because of more or other theories about space and time.

TB : Yes by the current scientific knowledge about our universe, the big bounce theory in detail and the Fibonacci sequence.

TB : The symmetrical and quadratic structure was visually focused in the design from the beginning. But after the first attempts to combine the current scientific knowledge about our universe, the Big Bounce Theory and the Fibonacci sequence, there was no symmetrical structure. After a couple of days of trying, i figured out how i have to put the 4 parameter together. And the finishing of the copper discs, through sawing, grinding and polishing by hand. Especially the color gradient on the copper discs took a long time to figure out, which one fits my ideas best.

TB : I liked on this object to work more scientifically and as a conclusion for myself I would like to work more often like this in the future..