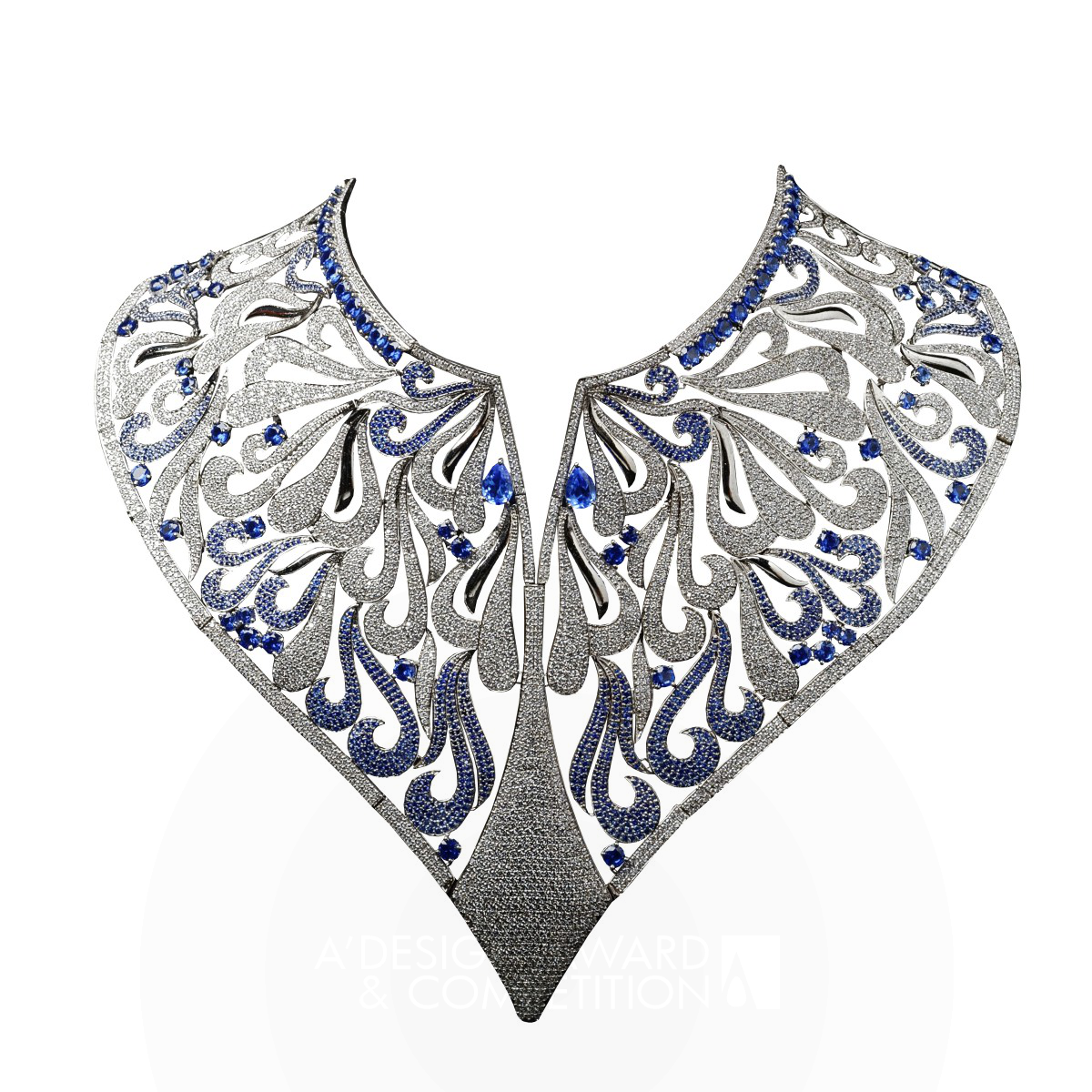 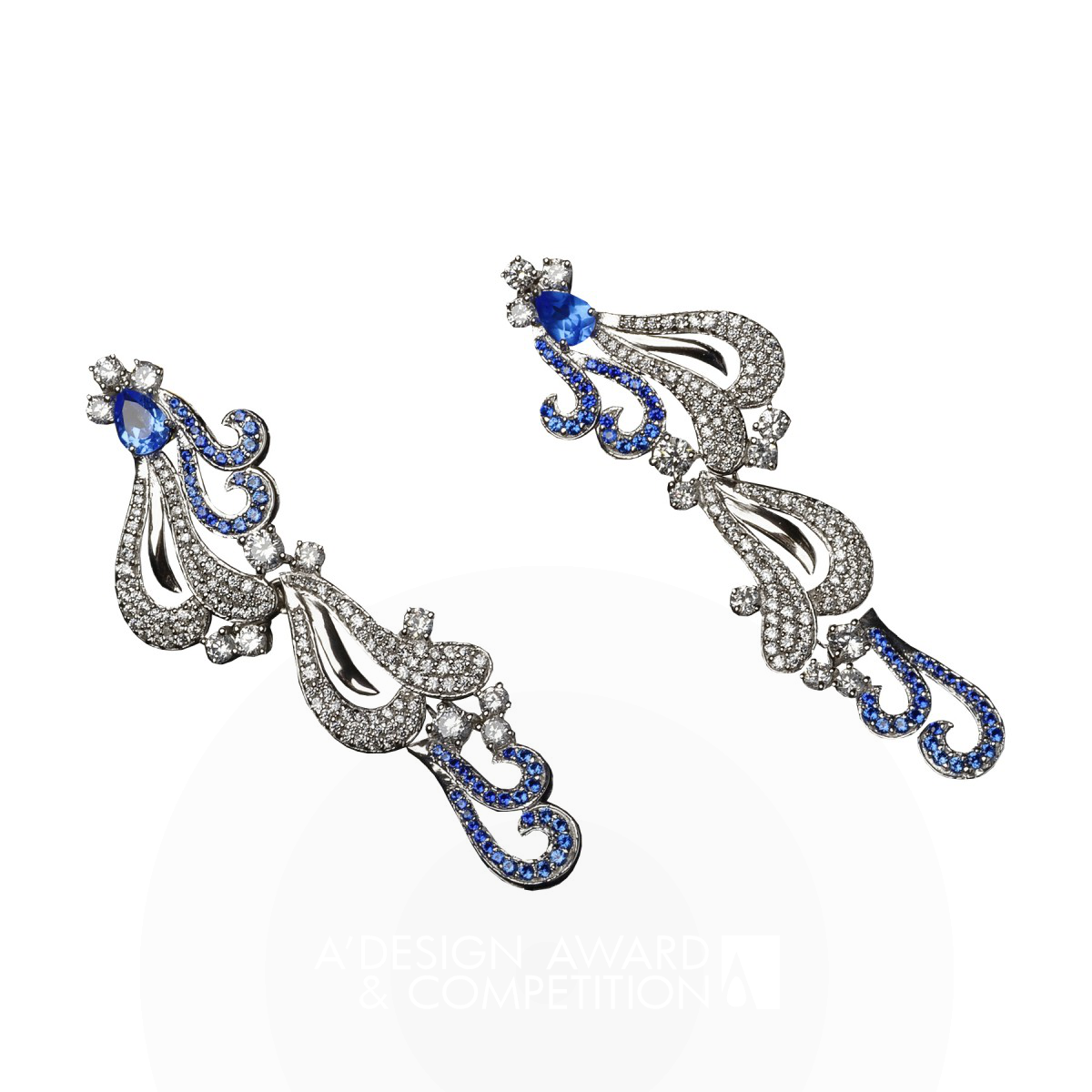 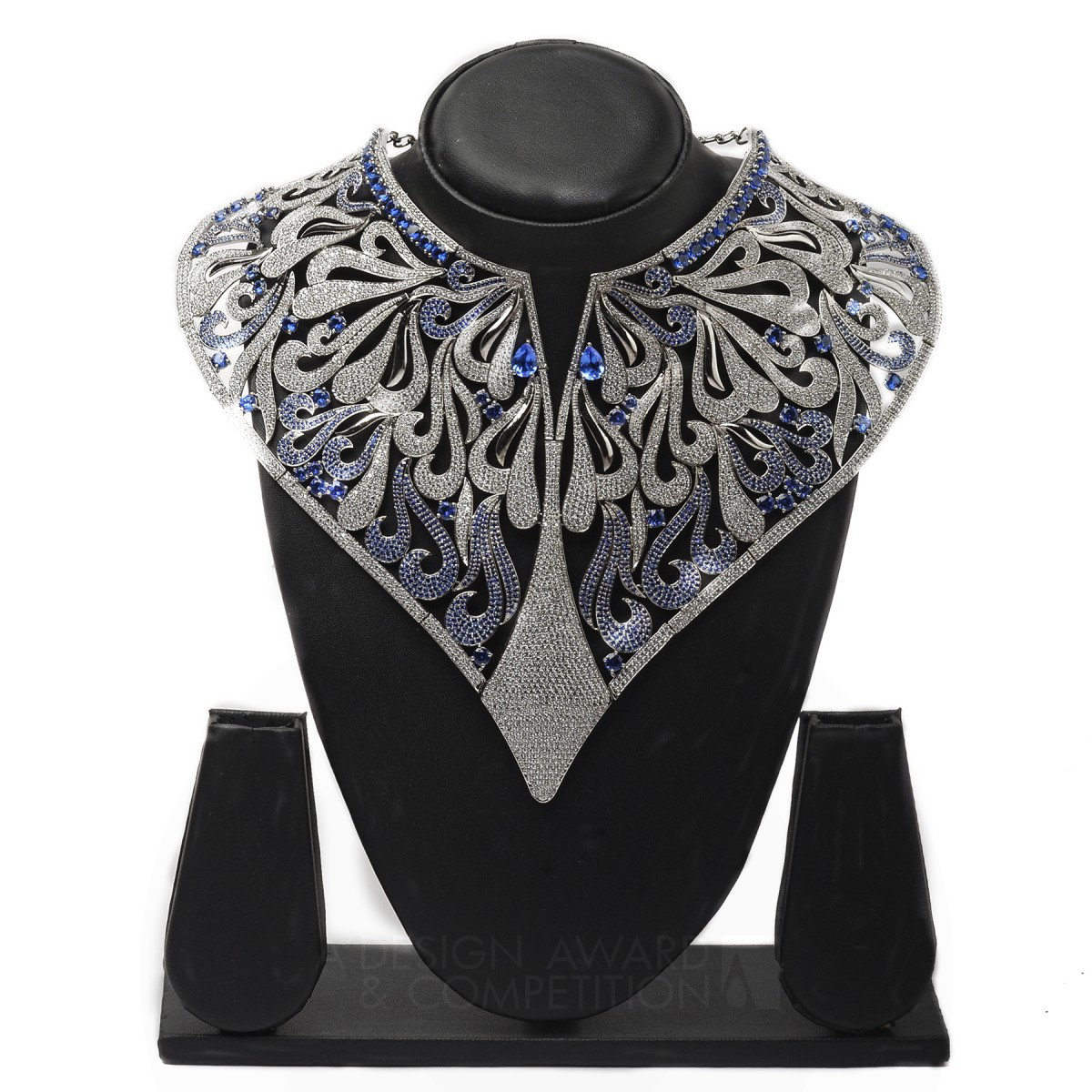 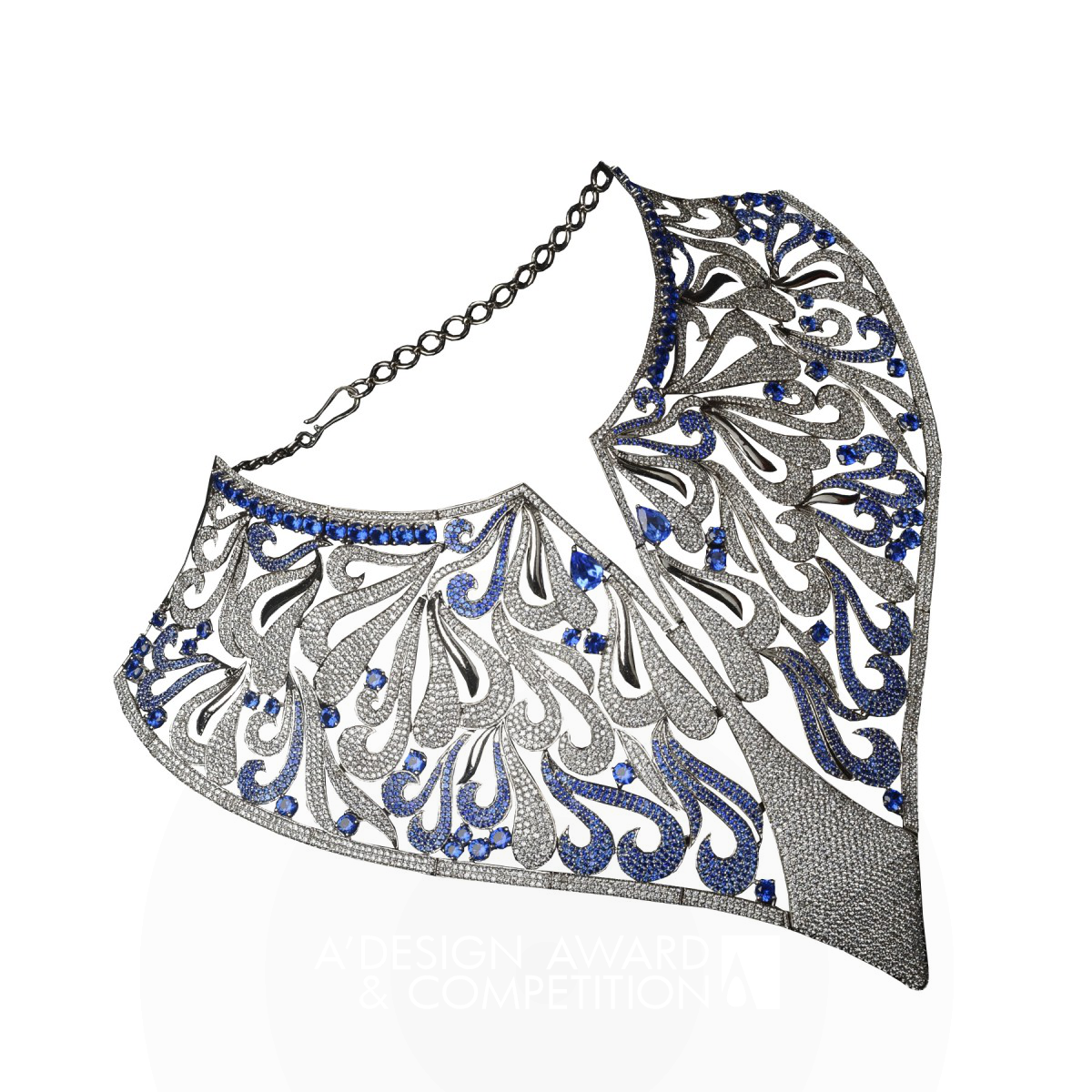 RP : The design’s fundamental inspiration is the ocean. It’s vastness, vitality and purity are the key elements that are projected in the necklace.

RP : I believe that a woman is inherently beautiful and the jewelry that she carries should underscore her essence. In the oceanic waves necklace, I have attempted to portray these very qualities of a woman as reflected in the waves. The necklace exudes the radiance of a woman that comes from her deterministic yet graceful and alluring persona. The glittering waves in the necklace project the charming sparkle in the eyes of a woman. While the blue color embodies the vitality and the vastness, integral to a woman.

RP : My designs are inherently inspired by nature and the objects in the present. In the future, I will continue to design using these vast elements of natural world.

RP : It took two weeks to design the necklace and earrings.

RP : The ocean stirs the heart, inspires the imagination and brings eternal joy to the soul. Every time I am in front of the ocean, the waves seem to whisper to me that, if one chooses simple things and find joy in simple treasures of nature, life and living need not to be so hard. The inspiration from the waves is not because they rise and fall, but because each time the waves fall they never fail to rise again. In my oceanic design, I have tried to express this peace and joy that the ocean brings to us.

RP : My design are made bespoke and one of a kind. I plan to sell this award winning design to a prospective customer.

RP : As the famous quote of Ansel Adams, “I believe the world is incomprehensibly beautiful — an endless prospect of magic and wonder," I am in thoroughly awed by the ocean, its vastness, vitality and purity. My design is originating from this fondness.

RP : I avidly follow work of others designers and it is a great source of learning. But for this particular design, there was no influence from any other work.

RP : My target customer is every woman as I see that there is immense similarity between the qualities of a woman and that of the waves of the ocean.

RP : Each design reflects the creativity of the designer. In my ocean waves design, I believe that I have been successful in representing the vastness, vitality and purity of the ocean waves in a manner that will reflect on the persona of the wearer.

RP : The name of the design stands for the source of the inspirations i.e. waves of the ocean.

RP : The design was initially sketched on a paper. Later on finalization, it was converted into a CAD model.

RP : It was important that the necklace projected the vastness, turbulence yet calming sense that the ocean exudes. Hence, the design had to be made of larger proportion to project this magnificent spectacle of the oceanic waves. The design was made such that it had multiple smaller part joined together, rather than one piece. This ensure ease of handling and lighter weight without compromising sturdiness.

RP : My collaboration was with the manufacturer after the design was completed.

RP : CAD technology was used to visualize my designs before manufacturing.

RP : As my jewelry is inspired by nature, the research is ongoing. For this design, I spent many hours observing the ocean and its waves and experimenting with various shapes to represent the waves.

RP : The key technical challenge with the large piece was to make it into one sturdy yet elegant piece without any joints. At the same time, it was important to make it as light weight as possible to ensure it was usable, easy to handle and most importantly cost optimal. Considering this requirement, I modified the design to have multiple joints in such a way that they ensured sturdiness while keeping the weight low.

RP : I have always wanted to present my creative talent to the eminent jury of the A'Design Award & Competition, so that I can learn from their feedback and continue to provide the superlative customer experience that my clients desire from wearing the jewelry designed by me. Additionally, the competition provided me the exposure to the work of other designers who have participated in the past.

RP : The most important learning was to collaborate with the manufacturing team to ensure that my creative vision could be transformed into reality.

RP : A'Design Award competition has been a very rewarding experience. The guidelines of the competition were also critical in driving finesse in my design.