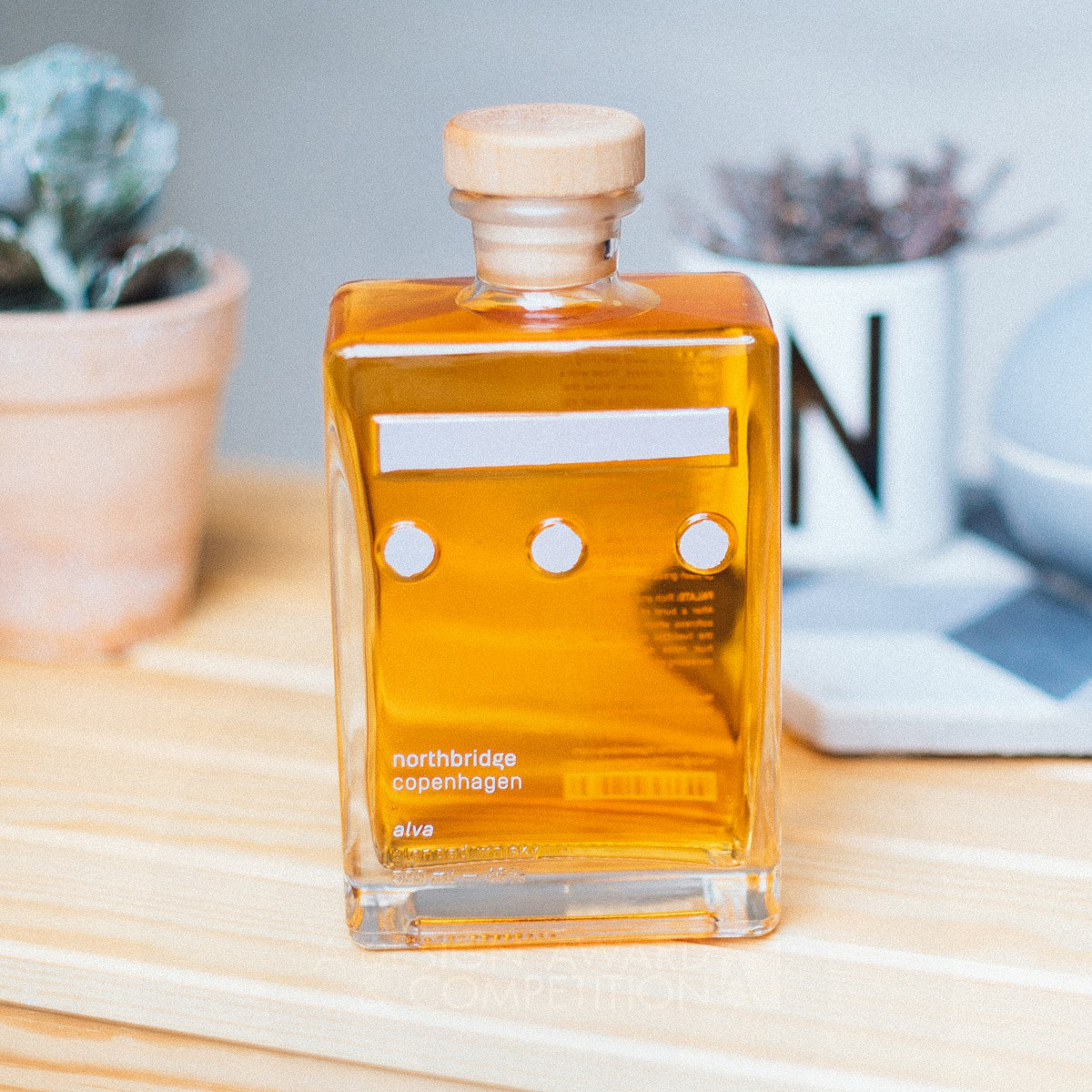 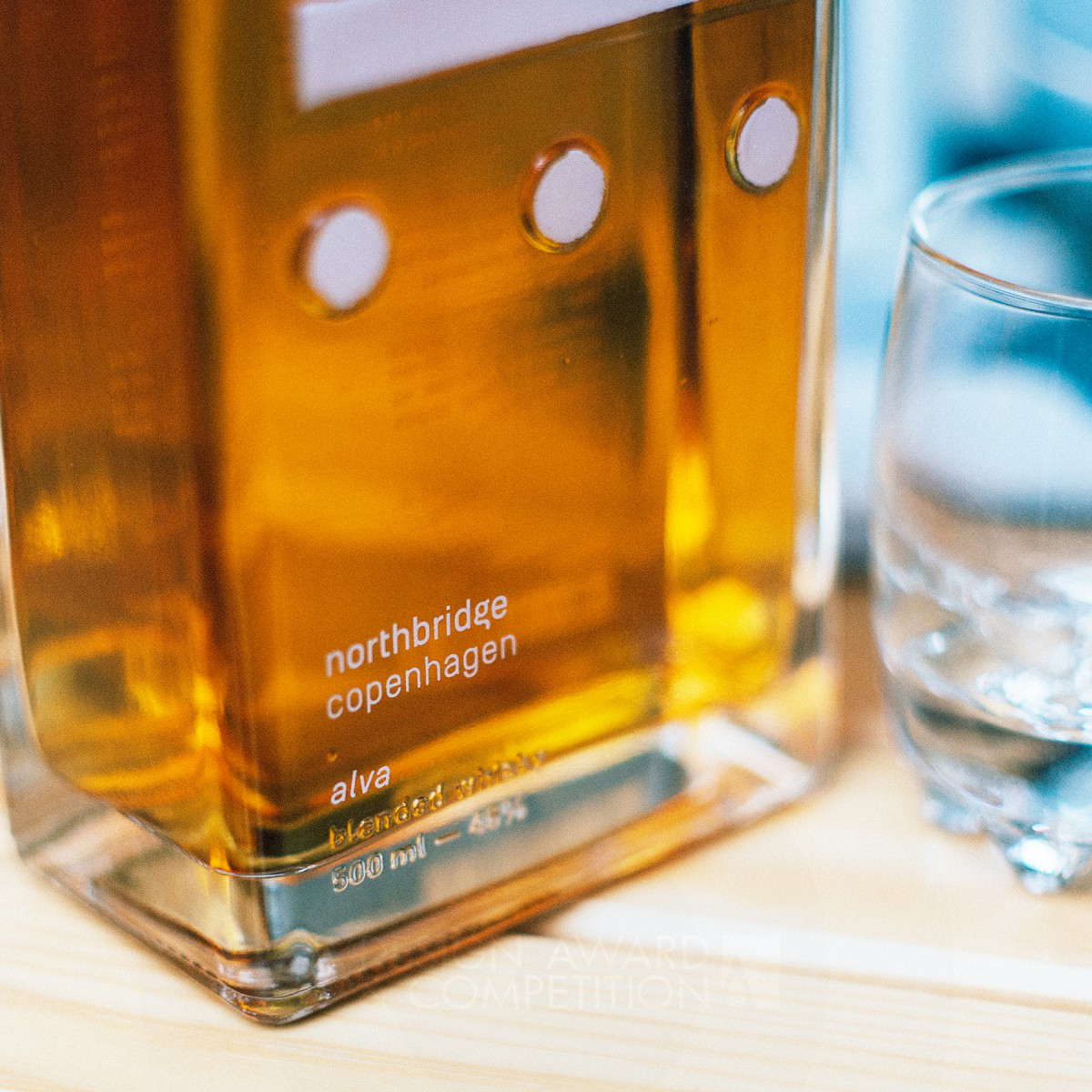 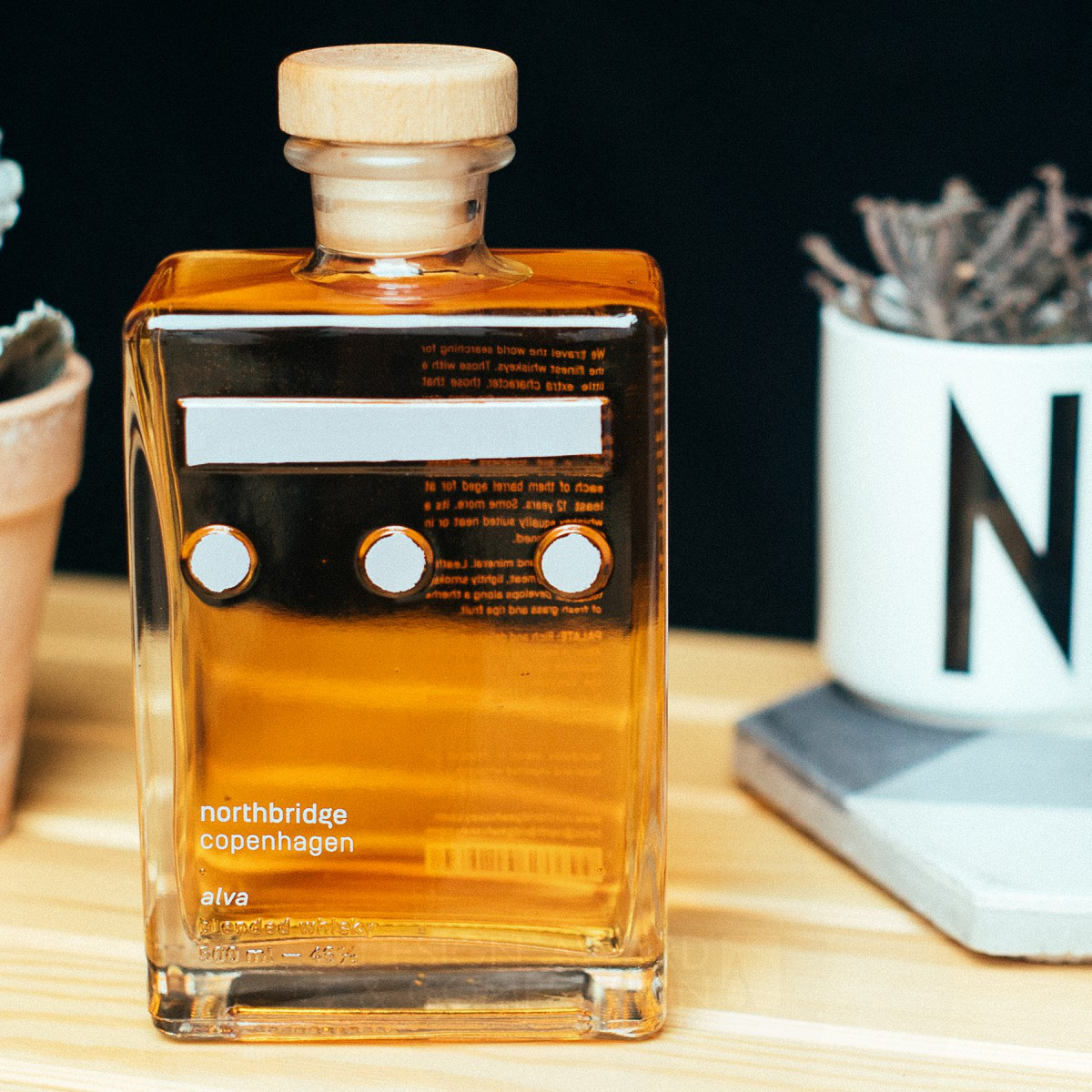 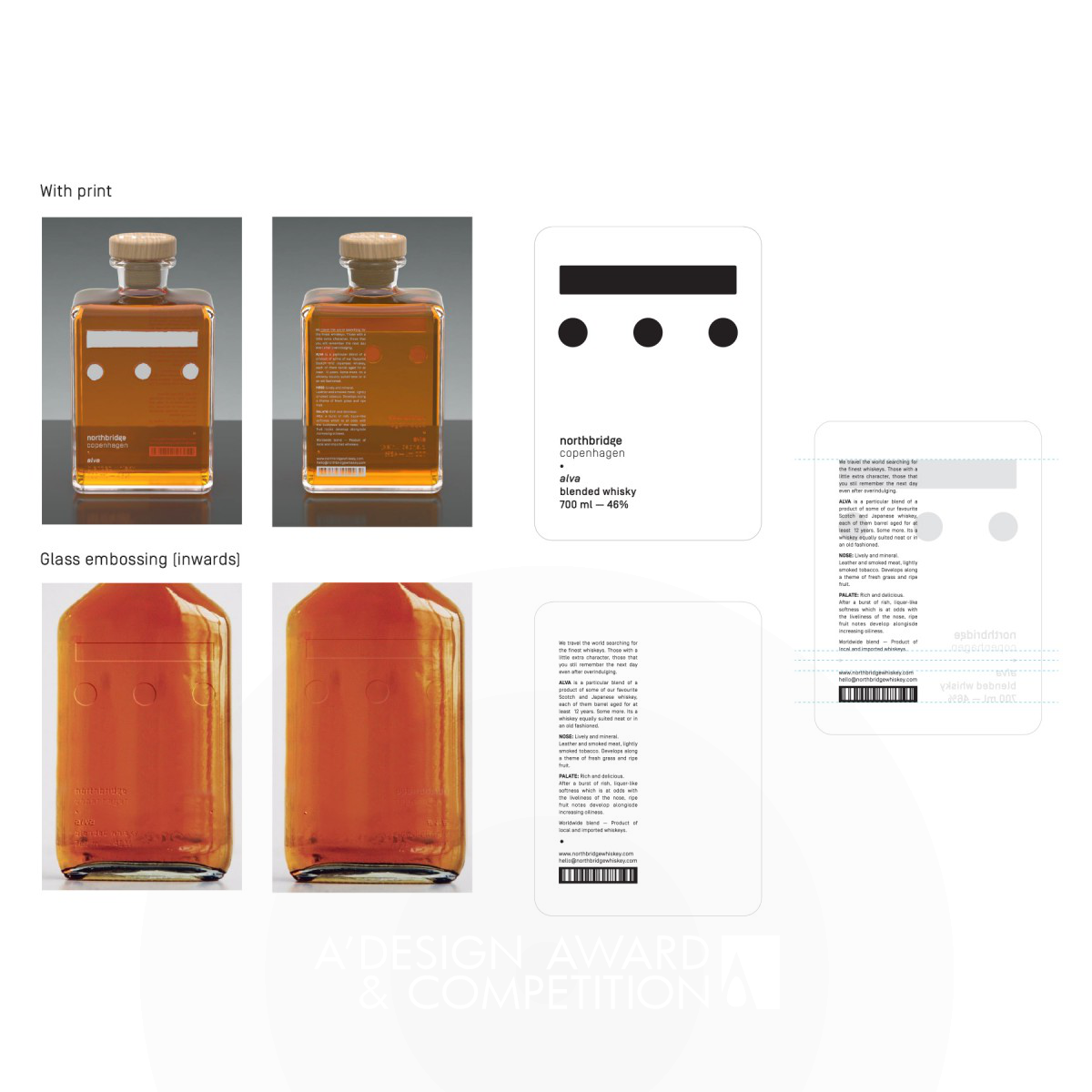 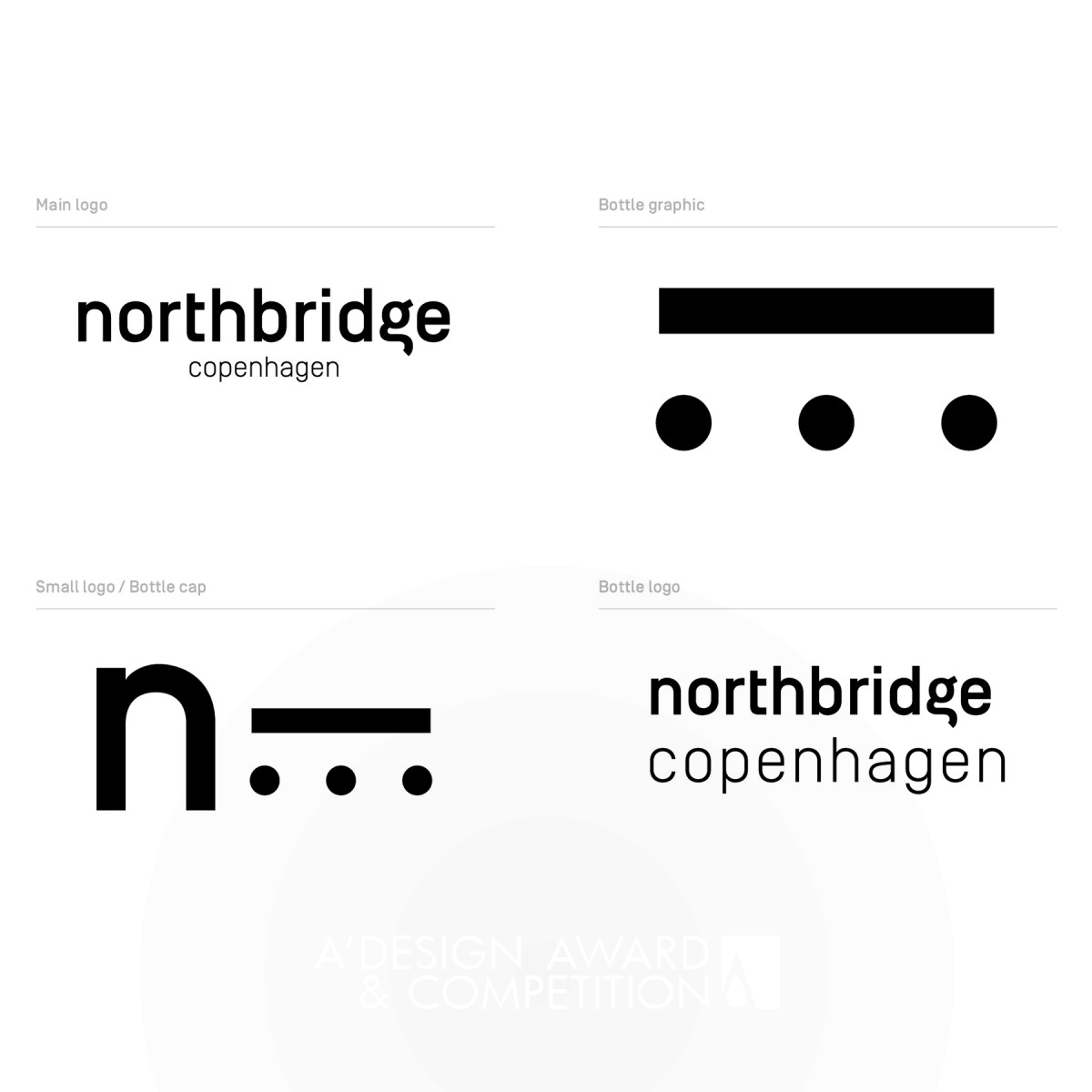 AK : To fuse roughness and elegance. It's just really meant to be a simple whisky bottle, no fuss, but with interesting and clean details that takes the level up a notch.

AK : This product wants to fit into a specific niche of the market, namely above the cheap stuff you put in your Irish Coffee, but below the fancier bottle you give someone who turns 60. It's for the folks who enjoy a good whisky after a dinner with friends or a long day at work but who also loves to grab a beer in the sun on Dronning Lousies Bro, the bridge that inspired the logo for the brand. Basically "sophisticated but approachable" or "high quality but down to earth" is what we went for.

AK : The team are currently developing and fine tuning the whisky itself and are even working on a sister or two for the original version to create a family line, but the project is in no hurry. It's about the doing it right, not doing it fast. It's a passion project from the creators side and it has no set deadline.

AK : Hm, a month or tow? From the ideas and sketches to the production drawings, something like that. But it was one of may projects at the time, far from a full time task, so it's hard to tell really.

AK : I was approached by the founder of Northbridge and we found a match in esthetics and cultural references. I was living in Berlin at the time, so it was extra fun to work on a concept that was so focused on the "essence" of Copenhagen, it made me a little home sick actually.

AK : The production is in the hands of the company but I was really involved in the development of the prototype bottles form the bottle factory.

AK : Its minimalism and storytelling I suppose. It's the first Copenhagen based whisky brand, generally Whisky is not typically associated with Scandinavia but these created aim to change that.

AK : The name is not created by me, but Northbridge is a direct translation of Nørrebro, one of the 10 districts of Copenhagen. It's a real working class area with about a third of it's population being first, second and third generation immigrants. It has a special vibe and culture, a laid back street life attitude.

AK : I had big help from Bruno Everling, a product designer I know, that helped me make 3D renderings that lead to further adjustments and desicions. I am a really happy that he could support me.

AK : The fact that I hadn't irked with glass before made it a big scary challenge to go in a directions that involved creating a bottle design as a whole instead of a more plain shape which a label on it. It's typical of me, I get stuck on vision and hate myself for making things so difficult, but in the end I am usually rally happy about taking the risk.

AK : I saw an ad for the award on a packaging site, looked into it a bit and thought "Why not". It's the first packaging design I do on my own so it was also a test for myself to see how I would do. And I am happy I joined.

AK : I learned so much about the production methods and requirements, what's possible, what's difficult. It really gave me an urge to keep working with packaging and explore the possibilities and improve myself. I hope I get a packaging project request soon again!